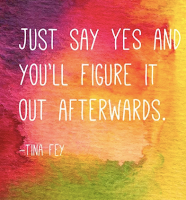 Back in March I decided that I needed to do at least one nice thing for myself every week (this was at a time when I was looking after mum and I needed to "fill up my own cup" so that I could do this well).  I called my project for the year 60 Nice Things and decided I'd post about them so that in the bleak days I would have something to look forward to and nice things to look back on.  This followed on from the previous year's project which I'd called Finding Joy Everyday - and that was also at a time when joy was sometimes elusive - I forced myself to find the good in every day things and to appreciate the things I had.  This year's project was a little different as it would involve be actually choosing to DO something:  it was active rather than passive.  Currently I'm at number 52.

The vast majority of "nice things" I've chosen to do have involved travel - 10 of them in fact.  Many

of these involved pushing myself out of my comfort zone to travel alone, for example to Victoria Falls in Zimbabwe and to the Cradle of Humankind in South Africa.  Others, such as deciding to go to St Petersburg and Dublin, were done with friends and family.

Almost as many "nice things" were done locally.  These were visits to stately homes, gardens, wildlife refuges and so on in England, and another 7 "nice things" were done in and around my village and included saying yes to things like African drumming, joining a sketchbooking group, taking a photography course, climbing up to the top of the village church, a duck race on the local river, the World Pea Shooting Championship (yes it happens just up the road from me) and a scarecrow hunt. 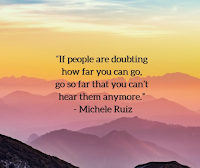 Finally some of the nice things have involved food and drink - for example gin and chocolate pairing in Johannesburg, or pampering such as massage.

This is obviously a bit of a personal post - not a professional one.  I will get back to blogging about 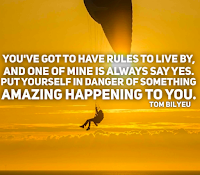 technology and the PYP soon I promise.  But for now, in this hard year, I'm just happy to be nearly at the end of it and to have grown stronger as a person by saying YES.

Oh, and by the way I've also said Yes to a couple of things for next year as well.  I'm going to fly to Uzbekistan and travel along the Silk Road.  I'm also going to walk the South West Coastal Path to raise money for the Alzheimer's Society in honour of my mother.

Watch this space!
Posted by Maggie Hos-McGrane at 11:29 PM