Coming out of the dip 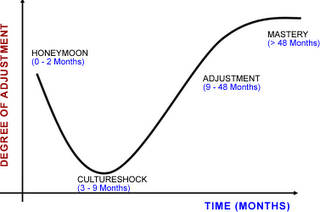 I'm in the middle of the transition dip - called culture shock on the above graph. Six months into the new life and new job, the honeymoon period is over and I've dealt with the culture shock as best I can. I'm loving the beautiful scenery and clean, fresh air of Switzerland. I'm missing my son, now at university in England and so many things about our life in Thailand. I'm worrying about how the transition is affecting my daughter, whether this school is as good for her as the one we've left, whether the new friends she's making here are as good as the ones she had back in Thailand, whether I can move the technology here forward as fast as I would like. Now it's time to move on and come up out of culture shock and start with adjustment. 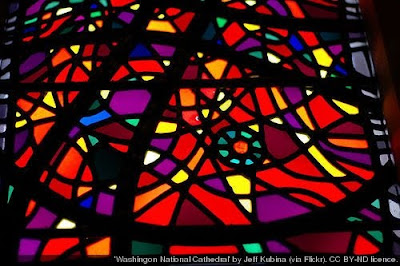 In the past few days I have read an interesting article by Vicki Davis in her Cool Cat Teacher blog, where she quotes from a book The Wonderful Window. This short story reminded me that circumstances are what you make them or how you view them, and right now I need to view them positively and move on up, out of the dip.

A London clerk worked in a drab office in the rundown part of the city in an office overlooking the slums. As he observed the surroundings, he determined he would not let his outlook on life be dictated by the dreariness and hopelessness that surrounded him.

This clerk bought a beautiful, colorful Oriental window that had been painted with an inspiring scene. This was a large white banner with a strong knight protecting his city from a dangerous, fierce dragon. There were castles, towers, green parks, and beautiful homes on wide streets.

The clerk installed this window on a high wall in his office.

When he became disheartened, he no longer looked at the dismal scene below but focused above on the knight on the banner. He felt he was working for that knight on the banner as he tediously tried to make everything balance. He had a noble purpose to keep the city strong, beautiful, and prosperous and safe from the dragons that wanted to besmirch the city's beauty.

He refused to allow his circumstances to determine his outlook on life!

Posted by Maggie Hos-McGrane at 6:07 PM