Marching to the beat of a different drum 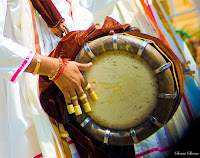 I've been thinking about the creative mind today and how many people who nowadays are regarded as being highly creative, such as Vincent van Gogh or Galilei Galileo, were in their own day regarded as lunatics or heretics and as a result suffered all kinds of discouragement and disparagement for their ideas and works. Their "genius" was only recognised years or even centuries after their deaths.

In the past couple of days I have been reading and writing about Five Minds for the Future by Howard Gardner.  Gardner has described the importance of mastering at least one major school of thought and being able to synthesize ideas from disciplines.  The creative mind, however, is very different from these as it involves going off in a new direction from the current thinking in those disciplines.  It involves being dissatisfied with some aspects of the current discipline and therefore doing something different.  It involves challenging authority.  It does not involve marching to the beat of someone else's drum, but creating your own rhythm.  People with creative minds are not afraid to fail or to seem ridiculous:  they are able to pick themselves up after disappointments and try again.  James Dyson, for example, spent 5 years trying out over 5,000 unsuccessful prototypes before he eventually made his bagless vacuum cleaner.  In addition he had to start selling his product in Japan as no manufacturer or distributor would sell his product in the UK.  During the 5 years he worked on his invention he received little or no support and relied on his own optimism and self-belief to bring his ideas to realisation.  In a similar way, Vincent van Gogh, who today is known as one of the world's most creative painters, died largely unknown despite producing over 2,000 paintings, drawings and sketches.

I have blogged a few times before about creativity, in particular I wrote a post based on Sir Ken Robinson's TED Talk.  Today in many countries and also in international schools there is a growing emphasis on a uniform or national curriculum, very prescriptive learning outcomes and standardised tests.  These are probably an anathema to the creative mind.  In contrast, Gardner's suggestions for schools to encourage creativity involve open exploration in early childhood, multiple solutions to problems while students are exploring the various disciplines, playing games from other cultures and rewarding innovation and the ability to envision different possibilities and outcomes.  He also maintains that it is important to be able to give and receive constructive criticism.

The creating mind is also very different from the synthesizing mind.  The goal of synthesis is to integrate what has already been established by different disciplines.  The goal of creation is to extend knowledge in new directions and as such it is only recognised as being creative when an idea or product exerts an influence on subsequent work, for example, in the way van Gogh is now regarded as one of the founders of expressionism and modern art.

Creativity can, of course, be used for good or for bad and there are many who will point out the problems with, for example, genetic engineering, as well as the benefits.  Therefore as well as developing creativity we also need to think about how these creations may be used.  For this we also need to have moral, respectful and ethical minds.

Email ThisBlogThis!Share to TwitterShare to FacebookShare to Pinterest
Labels: Creativity