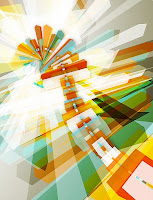 At a conference I attended recently, the term STEM was used to refer to the emphasis in education today on science, technology, engineering and maths. Today on Twitter I came across a tweet that came out of ISTE 2010 referring to the need for the emphasis to be on STEAM - the addition of the A referring to the arts which are needed to encourage creativity. Then later today I started to read a chapter of Howard Gardner's Five Minds for the Future entitled The Disciplined Mind where Gardner discusses the disciplines that are essential for the future. He lists these as science, history at least one art form and mathematics (which for this post I am going to refer to as SHAM.)

Why has Gardner chosen SHAM as being the most important disciplines, rather than STEM or even STEAM?  He says this is because they are gateways:  one science introduces the methods used in others, history can be a gateway into the social sciences, one art form eases entry into the others and so on.  He argues that students who do not acquire the ability to think in a disciplinary way will just be depending on others' views about, for example, politics, new works or art, economics, child rearing and so on.

Let me go back a little to what Gardner says about a disciplined mind. This is a mind that has mastered at least one way of thinking, a process that takes up to ten years. There is a big difference between a discipline and a subject - and most schools are teaching subjects which involve learning a lot of facts, figures and formulas - what he refers to as "inert knowledge." A discipline is different as it involves a way of thinking and doing and a way of placing the facts into a context.

As teachers, therefore, it should be our aim to encourage a disciplined mind. This can be done by identifying the really essential topics or concepts, some of which may be factual and some of which may be methodological. It's also important to spend a considerable amount of time on the topic or concept to go into it in depth. The topic should be approached in different ways - which ties in with Gardner's theory of multiple intelligences - so that it is accessible to more students and because a student who really understands a topic can think about it in a variety of ways.  Finally it's important for teachers to set up "performances of understanding" to determine whether or not the student truly understands and can apply this understanding to new situations, or whether the students merely just recalls the facts that have already been covered.  Gardner explains this in the following way:


Facts and figures are welcome ornaments, but the structure and processes of disciplines are the Christmas trees on which these ornaments must be hung.

Garner argues that the absence of disciplinary thinking leads to individuals not being able to understand what is being said about current events, scientific discoveries, new technology and so on - they will not have informed opinions and therefore will always be dependent on others to make their decisions for them.  All of us can find facts today - we can just search for them - but not all of us have developed the ability to think deeply and reflect about these facts and then to take appropriate action.

At the end of this chapter about the disciplined mind Gardner tells us, however, that a disciplined mind is not enough.  He says that for the future we need to learn how to synthesize knowledge and extend it it new and unfamiliar ways.  He says:


More and more knowledge now lies in the spaces between, or the connections across, the several disciplines.

Thankfully the next chapter of his book deals with this, so I'll be thinking and reflecting more about synthesis soon.