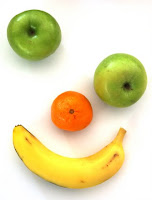 This past year at school I have been talking more and more about giving students choices about the way they show what they know. Oftentimes I have been in collaborative planning meetings where teachers have been discussing a summative assessment for their unit of inquiry and the discussions invariably centre on just one way of assessing the students – so that it looks the same for all and can be assessed using the same rubric. Even when teachers have come up with great central ideas, they still find it hard to come up with differentiated summative assessments that allow each student to show his or her understanding in a unique way.

Of course, the first and most important task for us at these planning meetings is to have a good central idea. Because the PYP is concept based rather than topic based, it’s important to come up with concepts that have “enduring value” – they will still be as important 20 years in the future. The first time I ever dealt with the idea of concepts rather than topics was when I was working at the International School of Amsterdam in the early 1990s. Up to this time, as a social studies teacher I had been given a text book and had basically used this to teach the class for a whole year. Suddenly instead of a year devoted to ancient civilizations, or one devoted to 20th century history, we came up with concepts such as “revolutions” that could be studied across time, including the agricultural revolution, the industrial revolution, the Russian revolution and so on. At another school where psychology was also taught as part of humanities, students studied the “Lucifer effect” (what makes ordinary people do bad things?) and because humanities also included history students had the choice of looking at various events that demonstrated the Lucifer effect such as the genocide in Rwanda, Russia under Stalin and so on.

In the same school in her English lessons, my daughter also worked on concepts. These included things like “rags to riches” themes with stories ranging from The Ugly Duckling through to The Elephant Man and “monster” stories that ranged from Beowolf through to the script of Alien. Two years on, she is still able to remember the concepts covered and what’s more she can read a book or watch a film and see how closely the story fits with these themes.

From these few examples it’s clear to see that differentiating around a concept is far easier than differentiating around content that must be covered. In the case of the Lucifer effect, students had a choice about what to study, in the case of my daughter’s English lessons students also had a choice of literature and also of media (as they could choose to watch the movies).

This year I’ve also been concerned with trying to differentiate on the product that students create to show their understanding – this product should also reflect their interests and learning styles. For example our Grade 4s studied the concept of belief systems, which gave them a choice of what they wanted to investigate. They had a choice of 3 different ways of showing their understanding . Some students chose to interview someone of a particular religion and then to write about the interview. Some students chose to find images and then to record a VoiceThread showing their understanding, others decided to write a script and record it as a movie. Years ago, when I was a 5th Grade teacher we also used to have a weekly book sharing session. Each week one student chose a book they had recently read that they wanted to recommend to other students in the class – this meant that during the course of a year each student shared just 2 books they had read. They could share this book in many different ways – some chose to make an oral presentation, some chose to make a board game, some chose to make a comic strip, others came dressed up as a character from the novel and some students decided to make a shoebox diorama of a scene in their book. When I look back on the book sharing sessions I see them as being so successful because each student was able to share his or her book confidently in whatever way they wanted – students used their strengths and therefore produced high quality work. One of the biggest successes of this was a boy who struggled all year with his reading and writing, but who was respected by the rest of the class for the amazing “graphic novels” he produced based on the books he had read. If he had been asked to write a summary of the books he would have struggled with his writing and therefore would not have been focused on the content of what he was trying to get across and would not therefore have made a very convincing recommendation. For Max, the greatest measure of his success was that other students chose to read the books he had illustrated.

In allowing students to make choices about how best to show their understanding, it is very important for the teachers to develop good questioning techniques to encourage all students to develop higher order thinking skills – it is these open-ended questions that will allow multiple entry points into the subject and that will allow students to access the concept at their own level. It is these questions that will be challenging and thought-provoking, which in turn will lead to the students being motivated and thoughtful in their inquiries. In addition, to address the concerns of teachers who want to end up with just one rubric to use with all students on their summative assessment, this is possible with a concept-based curriculum such as the PYP. The rubric assesses the understanding of the concept, which should be the same for all students, even when the content, process, product or learning style of the students and the way they have reached their understanding of the concept may be different for them all.

Photo Credit:  Smile at a Stranger by 1Happysnapper
Posted by Maggie Hos-McGrane at 4:52 PM