"I can do it" - the PYP Attitude Confidence 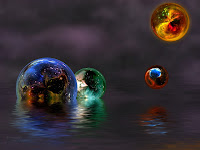 A couple of years ago, at my last school, I taught a kindergarten student who lacked confidence on the computer - he thought the computer wasn't doing what he wanted it to do and I had to work hard to get him to realise that he was in control of the computer and not the other way around.  Every lesson I used to say to him "You can do it", until eventually he was able to say himself "I can do it".  Having confidence is one of the PYP attitudes that we want students to feel, value and demonstrate.

The Making the PYP Happen document explains why attitudes are so important:

While recognizing the importance of knowledge, concepts and skills, these alone do not make an internationally minded person. It is vital that there is also focus on the development of personal attitudes towards people, towards the environment and towards learning, attitudes that contribute to the well-being of the individual and of the group. By deciding that attitudes need to be an essential element of the programme, the PYP is making a commitment to a values-laden curriculum.

The PYP defines confidence in the following way:  feeling confident in their ability as learners, having the courage to take risks, applying what they have learned and making appropriate decisions and choices.

One important aspect of confidence is that we as teachers must believe that all our students have the ability to do rigorous work and reach high standards.  Each and every day we need to communicate to them that what they are doing at school is important, that they can succeed and that we won't give up on them.

Recently I've been thinking about inquiry and about how I use questioning with our students.  I think that how I respond to their answers is very important.  This year I am trying not to have students put their hands up to answer a question, but instead to ask the question, have all the students think about it and then call on a student of my choice to answer.  I want to give students enough time to think of their answer and I want to avoid some students thinking that they don't need to come up with an answer because I will only ask the students with their hands up.  I'm finding it hard to give enough wait-time, because I can see that some students are bursting to tell me the answer, but I am trying hard to focus on the individual student whom I have asked the question of, even when that student is staying quiet or answering incorrectly.  I am trying really hard to show that I have confidence the student can answer, even if I need to ask the question again and again in several different ways.  I am also trying to probe further into the students' answers by asking "What makes you think that?" one of the Visible Thinking routines.  I'm trying to show students that it's ok to say what they are thinking, even if they are not sure what they are thinking is correct.

Another thing I am trying out this year is not offering much help to students but trying to get them to figure it out for themselves first, and then asking their computer buddy and then the class teacher if they can't do something.  I'm conscious that if the first person the students ask is me and if I then respond straight away with what they need to do,  I am sending them a message that I am not confident in their ability to work it out for themselves.

Last school year my teenage daughter had a problem with maths - she just couldn't seem to understand equations and failed one of her tests.  I was so grateful to her teacher, who explained to her that although she had not yet reached the standard needed to pass the test, she could continue to work on mastering equations and that whenever she felt she was confident she could retake the test again and get a different score.  Although my daughter initially put off going back over the maths, saying "I don't get it, I'll never get it", after a while she did choose to look back at the work again and eventually felt confident enough to retake and pass the test.  Last year she gained the highest score in maths she had ever got in the end of year reports, and this has given her the confidence to take Standard Level Maths for IB this year, whereas earlier on in the year she had opted for the Maths Studies course.  She's very lucky that she has the same teacher again this year and that this teacher has worked so hard in building up her confidence so that she can say "I can do it" now in her maths lessons.  Last week she told me she was doing "really well" in maths this year, something I would never have expected to hear last year!

Photo Credit:  Fantasia by Spirfirelas
Posted by Maggie Hos-McGrane at 12:24 AM