Making order out of chaos 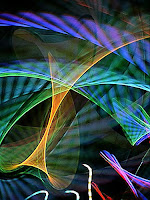 When I was at school I tried to learn a couple of languages.  I did French for 5 years and German for about a year and a half before I finally gave up.  When I moved to Holland I didn't speak a word of Dutch, and my record of learning languages was not a positive one.  When I first arrived in Holland I spent many months hearing what sounded like a long string of sound.  I couldn't even distinguish separate words at first - it seemed like total chaos.  But with total immersion in the country and the language, it didn't take me long to be able to distinguish separate words and then to be able to work out what the separate words meant and finally make order out of chaos.

This is what our students do too as they try to construct meaning - they investigate and connect new ideas to what they already know to deepen their understanding.  These connections only occur when what they are learning has some relevance to them and yet challenges what they already know.  When students are allowed to make these connections themselves they learn about the importance of problem solving and how to transfer knowledge between different sorts of problems.

The sort of education we engage in here does not often involve teachers asking for factual recall.  It involves teachers making judgements about what to teach based on assessing the students' understanding.  These judgements are made by listening carefully to what the students are thinking and adjusting the teaching accordingly.  It requires the sort of intellectual freedom that is often not found in national curricula that involve students being at a certain place in the curriculum at certain times, in order to do well on standardised tests.