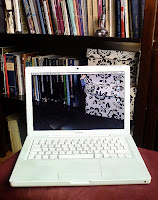 Before I became an international teacher, I worked for a year for the publishing company Elsevier.  I worked in the bio-medical division on both journals and books.  During the time I worked there I dealt with many articles that were submitted from around the world for publication in the various Elsevier journals.  This was in the 1980s in a time before email, so typed manuscripts would arrive and be copied and sent to other expert scientists around the world for review before they were eventually published.  During the year I worked there I was also involved in publishing a book about electrophoresis that was written by an Italian professor.  Every month or so, this professor would send us another chapter of the book and again we would submit it for peer review.  It was only after a very lengthy procedure lasting anywhere up to a year, that anything was published at all.

Today, out of interest, I decided to check out the Elsevier website to find out what had happened to some of the journals I used to work on over 20 years ago.  Were they still being published?  Had they significantly changed as a result of electronic publishing, when basically anyone can make a website and publish anything they like instantly?  I was interested to see that this was not actually the case and that these journals are alive and strong.  Scientists are still writing articles and submitting them to Elsevier for publication.  The process is probably much speedier now (for example I notice that the journal Mutation Research now comes out 60 times a year and Gene comes out 42 times a year - I think when I worked on these journals they came out monthly) and so of course there is a lot more information.

Then I started thinking about our students and what has been termed the "achievement plateau".  In schools in the UK there are still about 10% of students who leave school with no qualifications whatsoever, and despite the promises of the national curriculum and standardised testing, improvements in attainment remain slow, and the yearly GCSE and A'Level fiascoes that show the "best results ever" merely end up being criticised by those who believe the curriculum has been dumbed down.

And yet our students are publishing.  They see themselves as creators of information.  They sit in their bedrooms in front of their webcams playing guitar and publish their movies onto YouTube where they are viewed by millions.  Their audience is the world.  They are participants in creation, not just spectators.  They are part of social networks, are writing sometimes vast amounts that are being read online, and are playing games that involve quite complex collaborations.  In their world - our world now of course - publishing has been turned upside-down.  It's not the same as it was 20 years ago.  It's no longer the last step in a long writing and editing process - often it's the first step.  Young people publish - then get feedback - then maybe they revise and refine what they have done.  And anyone can publish these days - even I have published 2 books this past year as well as over 400 posts on various blogs, just in my spare time.

Perhaps we need to take more account of this in our education system.  Perhaps we don't need to have a system that imparts information from the top down since new information is already appearing daily on the internet .  Perhaps it's more to do with the relationships students are building - with each other, with the teachers, with the learning - that are motivating them to move forward.  Perhaps all we really need to focus on is encouraging students to open up their minds, instead of trying to fill those minds with more and more information.

Photo Credit:  dokładniej mi się nie chciało (I specifically did not want) by Skoczek
Posted by Maggie Hos-McGrane at 1:34 AM