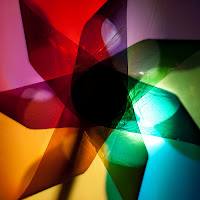 I've been dipping into H. Lynn Erickson's book Stirring the Head, Heart and Soul again today, this time thinking about concept based curriculum.  While many teachers have now come to believe that teaching facts is not the best form of education, many are still confused about the difference between concepts and topics.  For example, if I ask teachers what unit of inquiry they are currently studying, some will give me the name of the transdisciplinary theme (How the World Works, for example), others will give me the word of a topic (Energy, for example), very few will actually come up with the concept (Energy Conservation, for example).  I'm asking myself today how we move from a focus on topics to a focus on concepts.

A concept is defined by Lynn Erickson as "a mental construct that is timeless, universal and abstract".  She also refers to them as the cells for categorizing factual examples - the understanding of the concept becomes deeper the more examples are studied.  Concepts are timeless, so examples can be taken from any period of time.  They are universal so examples can be taken from any culture.

In IB World Schools, students start in primary school with the PYP, a transdisciplinary programme, move onto an interdisciplinary approach during the MYP and finally come to study in disciplines for the final 2 years of school for the IB Diploma.  With a transdisciplinary or interdisciplinary programme the goal is higher-level, integrated thinking.  With this approach it's therefore not possible to study themes - which only allow for a multidisciplinary curriculum with many subjects providing facts or activities related to the topic.  Interdisciplinary thinking by its very nature must focus on concepts.  The example that Lynn Erickson gives is that of dinosaurs which is a topic and can be studied from a historical viewpoint, or perhaps from a scientific viewpoint.  The concept extinction, however can use the extinction of dinosaurs as one example, but also allows students to look at other animals that have become extinct or which are today in danger of becoming extinct (timeless) and it also allows students to investigate the many different ways animals can become extinct such as loss of habitat, climate change, hunting and so on (universal).  For me, what I have found is that a concept based curriculum allows students to really ask their own questions, follow their own interests in their investigations and come up with something unique and meaningful to them, while still supporting the overall concept being studied.  Topics, however, end up with all students in the class basically working with the same facts to come up with something that is similar to that being studied by everyone else in the class.  With a concept based curriculum the students are more active and engaged with  their inquiries - and what they are learning is transferrable which helps them to become lifelong learners.

Photo Credit:  la girondola by i k o
Posted by Maggie Hos-McGrane at 2:47 AM