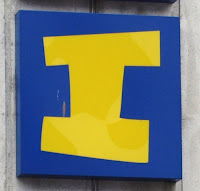 I have thought so much in the past couple of weeks about what we are doing as international educators, promoting the ideals of "Western" education in societies where it may be totally inappropriate.  Following on from our team leader discussions about the IB position paper East is East and West is West last week, we are now reading School Culture by Paul Poore, which considers the culture within international schools worldwide.

All of the international schools where I have worked over the past 23 years have prided themselves on how "international" they are.  They often quote the number of different nationalities at the school as a way of proving this, and one of these school even has "education for international understanding" as its motto.  However,  I'm wondering how truly international such schools are as many have been set up with the assistance of Western governments or accredited by Western agencies to serve the families of mostly Western expats/businesses/diplomats/services (for example many international schools started out as American or British embassy schools were actually called the American/British School of X and followed the curricula of those countries, others were set up by companies such as Shell).  During my time in international education all of the schools where I worked had directors that were white and who came from either the USA, the UK or Australia.  The vast majority of the teachers were from these First World countries too, with English as their mother tongue.  Over these years I can recall working with only one primary homeroom teacher who came from Africa and one primary specialist teacher who came from South America.  In my time in Thailand only two of the homeroom teachers were actually Thai nationals and both of these had been educated at international schools.  Some Thai nationals who worked as assistants were qualified teachers but the policy was that they would not be employed as teachers because parents sent their children to international schools because they wanted them taught by "international" teachers.

In international schools it is often the language departments that are the most "international" of course, as many schools want native-speakers as language teachers - in my last school we actually had 18 different language options and this department seemed rich in teachers from many different countries (China, Korea, Japan, Germany, France, India, Holland, Finland, Denmark, Thailand for example).  I asked one language teacher, who later become the MYP coordinator in her school, about her experiences in the international system.  Her response was that she had assimilated into the international system (meaning she had been absorbed and had come to resemble the other mainly US/UK/Australian/Canadian/New Zealand teachers) rather than integrated into the international system.  When she spoke about integration in this sense she talked about how true integration means combining different things or ideas to become a new whole - which implies equal participation, membership and respect - this she felt had not happened in the various international schools and countries where she had worked.

Peter Poore's article in the Journal of Research in International Education highlights the following issue:

The teachers I have worked with in international education are, on the whole, wonderful educators who truly believe in what they are doing:  "educating the global citizens of tomorrow by promoting multiculturalism and at least the tolerance of difference."  Yet how internationally minded are the students who are coming out of these schools?  Yes, we do talk about including the "host country" culture (most often by celebrating local festivals), but some of this is superficial and based on what has come to be called the "contact hypothesis" - that cross cultural contact will lead to positive inter-group attitudes.

In Thailand the cultural division was greater than in most other countries where I have worked (except perhaps India, though there many did actually speak English).  For example I remember going out one evening to the State Tower in Bangkok.  At the top of this tower, 64 floors up, was a restaurant famed for being the highest outdoor restaurant in the world.  It was a popular place with expats:  most ordinary Thai people could not have afforded to eat there.  And at the bottom of the State Tower were beggars who could not expect at any point in their lifetimes to ride the elevator less than 40 seconds to the top.  We took our son there to celebrate his 16th birthday and I'm wondering now what sort of message we were sending him by this "treat".  At the same time, like most expats, we led a fairly privileged life  with domestic help - again I'm asking myself did this just lead to attitudes of elitism, superiority and cultural chauvinism?  Peter Poole asks when these international students return home "How many have had racial stereotypes reinforced rather than reversed?"  How many have had a truly authentic cross-cultural experience?  Although students from our school did do CAS (for example my son helped build a library for a Thai school and helped plant up a wetland area destroyed by the tsunami, other students went to help out in a local orphanage), in many cases they were fairly sheltered from the realities of life for millions in Thailand.  Despite having many Thai friends (mostly rich ones who could afford an international education) the vast majority of students lived alongside another culture but did not really ever live as a part of this culture.  And often those Thai students who did attend our international school, did so in order to get into a British or American or Australian university.

This weekend David Cameron, the UK prime minister, has criticised "state multiculturalism" and indicated it can lead to extremism, fundamentalism and terrorism.  Mr Cameron was arguing (as did Ayaan Hirsi Ali before him in the Netherlands) that when a country believes in certain values such as freedom of speech, of workshop, democracy, the rule of law, equal rights and so on, that the people in that country need to believe in these things too in order to belong to that society.  His argument is that in countries such as the UK (and Holland too according to Hirsi Ali), different cultures have been encouraged to live separate lives and that segregated communities who behave in ways that run counter to the values of the country have been tolerated in the name of political correctness.

What about our international schools?  Peter Poore suggests:


We have become so policitally correct, so homogenous in our approach to the cultural diversity represented in our schools that we aim to no longer see difference.

I have worked in schools where International Day was celebrated through a "parade of nations," where although Christmas was not celebrated as such, a "festival of lights" celebration included only songs about baby Jesus,  another where the director sent out emails with many references to God, another where it was OK to celebrate Halloween, but definitely not OK to refer to our school holidays as the Christmas or Easter break, and where teachers said during a planning meeting about a celebrations unit "We won't bother doing Hannukah this year as we don't have any Jewish children in the class."  And in all these schools only a certain type of administrator or teacher was ever hired, despite the schools claiming to be proud of the diverse nationalities among the students.

So my question tonight is what does the I really stand for in many of these schools.  Are the students getting an international perspective on the world and those who live in it, or are we really just promoting our own imperialistic world view?

Photo Credit:  I by chrisinplymouth.  Photo of Sirocco appears on the State Tower website linked to above.
Posted by Maggie Hos-McGrane at 11:11 PM