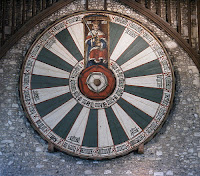 Today I came across Kirsten Olson's blog, Pedagogies of Abundance.  Kirsten writes about educational transformation and reform, and her post today was about making schools and classrooms more democratic.  This post was made up of the contributions of hundreds of teachers from around the world and I'm sharing here some of the ways that resonate most with me.  Please click here to see the full list.

Classroom routines:  many of the suggestions involved giving more ownership to the students about their classroom environment.  For example it was suggested that students could come up with their own class essential agreements rather than the teacher setting the rules, they could decide what goes up on the walls, play a part in determining the homework policy and come up with requisitions for supplies.  Letting students choose where to sit, but at the same time shaking up the seating regularly was recommended, with the idea of encouraging the students to sit by someone they have never sat beside before in order to get to know more people.  Another suggestion was that of a "talking stick" so that everyone gets a chance to speak.  I was interested to see that having the students do the school clean-up, as is common in Japan, was suggested for fostering community involvement.  Happily most teachers have a lot of control over their own classroom environment.

Student work:  there were several suggestions about students having more choice in many different areas, especially in their assignments.  Developing their own rubrics for judging excellent work was also a common suggestion.

Conferences:  many of the ideas submitted by teachers involved having students play a greater role in conferences - perhaps as part of a 3-way conference or as taking the lead in student-led conferences.  I'm happy to say that in all the international schools where I have worked this has been the norm.

Whole school:  while many teachers are able to make changes in their own classrooms, having the whole culture of the school change to become more democratic is more problematic.  One of the respondents suggested participatory budgeting to engage the whole school community and that students could be involved in staff appointments.  While I've never been in a school that had students making budget decisions, in a previous school we did have students as members of an IT committee where budgetary decisions were made.  At this same school students also sat on the panel when administrators were hired and were able to give feedback/recommendations on appointments.

Having parents more involved in decision making and development of whole school policies was also suggested, as well as encouraging parents to participate in discussions, work and activities.

Many suggestions were about allowing the students to be in charge of organising various whole school events - such as assemblies.  Letting the students set up a student council is also an excellent way of giving students more influence in the decision making process - for example recently our student council was able to look at various designs of "spirit wear" and make recommendations to the parents association as to which styles they liked the best.

Several teachers mentioned uniforms and dress codes - that they need to be as free/restrictive for staff as they are for students.  This is one area where I have seen a huge difference in the various schools where I have worked:  from a school with a very strict uniform policy for students (including a tie for all boys and girls) but where teachers basically wore what they liked, to schools where students came in a variety of clothing that was more suitable to a nightclub at one extreme and where ripped jeans and displays of underwear were not uncommon at the other extreme (as fashion statements - not because the children couldn't afford new clothes) but where staff were told they could not wear jeans.

There are many different ways to define democracy, so when thinking about how to make schools and classrooms more democratic it's important to know what we really mean.  Does it mean control of an organisation by the majority of its members?  Does it mean that everyone has a voice and that these voices are listened to so that the teachers and administrators understand how everyone thinks and feels and that questions are valued?  Does it involve equality of status, rights and opportunities?  Is it important for our students to experience this at school, so that they can eventually go on to create a better and more peaceful world through intercultural understanding and respect?