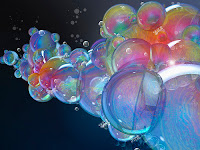 Everyone knows what I think about social media and the internet.  For me as a teacher it has totally transformed the way I teach, how I learn and how I communicate and collaborate with people around the world.  In general all my experiences have been positive as I have come into contact with educators I would never have come across before, and through dialogue I have come to transform the way I teach.  In addition using Web 2.0 tools with my students has enabled them to be more creative in the way they write, make videos and compose music.  Everyone with an internet connection has access to these amazing and free tools and to a global audience to share what they create.  Information is everywhere and we all have access to it - this can only be good for education and innovation.

The other side of this has been called a "user-generated surveillance system" which is available freely to anyone too.  Of course what we do is visible to our friends and connections, but it is also visible to our employers, our governments and perhaps to people we would rather not know too much about us.  In an online world where nothing much is private, how much freedom do we really have?  In a world where we can connect easily with anyone, are we more vulnerable than before?  Are we more in control of our lives, or less?  For example, during the recent events in Egypt, I was able to have a first-hand view of what was happening by following the tweets of a teacher there, whom I'd met in London last summer.  Twitter has made it hard for governments and individuals to hide, but at the same time how exposed and vulnerable are those people who are sharing information and opinions with the online community?

Creativity and collaboration are definitely linked.  As I have become more connected, as I have collaborated with more educators worldwide, I have become a more creative teacher and my students have benefitted by being involved in more dynamic projects.  They have also come to be more open-minded by sharing different views with other students who have had different experiences.  Another example of this would be Wikipedia, where entries are edited by dialogue between thousands of people with different opinions. Some have called this collaboration at its best, as the community encourages participation, sharing and responsible self-governance, others have referred to it as anarchy as nobody is in control of the content.  At a recent conference I listened to Jamie McKenzie who argued that on Wikipedia "reality has become a commodity."

In addition, the more we use the internet, the less we use other things.  I used to have a television, now I just use my computer as an entertainment centre.  I used to buy newspapers and magazines, now I read those same news stories and articles online.  I used to go to the cinema, but in the past 2 years I have only gone once as I watch films at home.  I used to buy a lot of books, now I buy less and read more eBooks (many of which are free).  In a culture where things are being given away freely, some businesses are finding it hard to survive.  In a world where anyone can publish anything, are we are becoming more and more satisfied by a diet of the mediocre, a digital wasteland which has been dubbed the "YouTube Cultural Revolution" as people publish, regardless of the quality, in a search for recognition?  Are we now dealing with the poverty of abundance as a result of all this freedom?  Are we, as Sherry Turkle of MIT argues in her recent book, expecting more from technology, and less from each other?

Posted by Maggie Hos-McGrane at 12:00 AM