Moving forward one conversation at a time 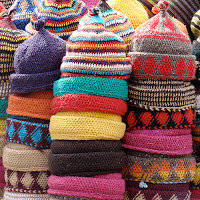 I used to work at a school where people volunteered to be on committees just because they were interested in the things that were being discussed, where teachers were part of professional book groups and where teachers signed up not to go on a professional development course, but to be part of a year long cohort involved in action research which would then be presented at a conference so that teachers in other schools could also share in our discoveries (the PD for this action research was then also provided and funded).  I used to work in a school where students and parents also volunteered to sit on different committees, were actively involved in the strategic planning of the school and presented their viewpoints to steering committees (which were also made up of volunteers).  I used to work in a school where teachers and parents competed to coach the various sports teams, where mums and dads came not just to watch the games but also to support the practices, where the students in the teams organised their own social "team-building" events.  Of course I've also worked at schools where teachers grumbled bitterly about attending meetings because they were a "waste of time", where they felt that their voices were not heard and that decisions had already been made, where parents and students were not welcomed on committees - where they were actually seen as being a nuisance - where teachers coached sports teams because it was part of their contract regardless of whether or not they'd ever played the game before or knew the rules, where teachers counted the Mondays, Tuesdays and so on before signing up for extra-curricular activities so that they could choose the club that met the fewest times.  Why are there such different cultures?  Why do some places seem to be drowning in negativity?  How can we move on from these situations to ones that are positive and where people are willing to get involved?


How many meetings do we have per year that do not include the voices those that have something to offer? Students? Parents? Support staff? Teaching staff?

It is time we move away from the traditional structure of admin meetings and staff meetings to a model of learning conversations that include those who choose to be there and those that want to see action (similar to the movement toward EdCamp model for professional development). What if, instead of a certain number of staff/admin meetings per year, we lessened those and added meetings that were open to engaged parents, students, community members and the dialogue focused on a specific area of interest?

About a year ago I was lucky enough to attend a conference at Munich International School where they talked about moving forward one conversation at a time.  This is important I think.  To be part of a discussion, part of a dialogue, where all sides are heard, all opinions respected and valued.

As I've been thinking about this, I've also been reflecting on my personal goal this year to incorporate more of the Project Zero thinking routines into my classroom practice.  One that I haven't used so far this year is Circle of Viewpoints as a way of exploring different perspectives.  The way of doing this with a class is to brainstorm many different perspectives about a topic or the points of view of the different characters in a novel.  With my IB Geography group I used to use this thinking routine when we were discussing controversial issues such as should we develop oil in Alaska or the views of the different groups who wanted to develop or preserve the Amazon rainforest.  Students would then take on and speak from these different viewpoints.  I'm thinking this could have been a good way to look at the different perspectives involved in our recent exploration unit too.  The final part of this thinking routine is to ask the students to think of a question they have from their chosen viewpoint - it's a great way to generate new ideas and questions.

I'm wondering if this thinking routine would also work in schools where the culture is negative.  If people were able to articulate another viewpoint, would they come to appreciate and respect it or at least understand where these people were coming from.  If we saw others trying on a different hat, prepared to accept another way of thinking, wouldn't this create more goodwill?  Wouldn't we all then be moving forward?