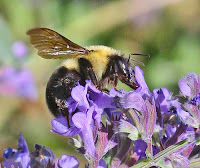 Yesterday I flew home after my summer in the UK.  As I got onto the plane I was handed a copy of the Daily Mail.  This wouldn't have been my newspaper of choice, but since it was all I had to read on the plane I skimmed through it.  One of the stories was entitled "Why a female boss can be a woman's worst nightmare".  I started to think about how this relates to teaching.

At the 2 schools I worked in the UK, all the "bosses" were men.  In these secondary schools there was a Headmaster and either 2 or 3 Deputy Heads.  I'm trying to remember the male/female balance of teaching staff in these schools - I think it was fairly even.  Even back in the 1980s, teaching wasn't seen as one of the top professions to go into after university and probably attracted more women graduates than men, however the balance of men to women at the top was, in my district, in the ratio of 20:1.

When I moved overseas it was my first experience of PK-12 schools.  I'd never worked in a primary school in the UK, but my impression was that they were mostly dominated by women teachers - this was also true of the primary sections of the international schools where I have worked so I would have expected to see more women in positions of leadership in those schools. Of the 4 primary school Heads I've worked for, half were women.  In the international secondary schools where I've worked only 1 out of the 11 secondary heads has been a woman.  In the position of Director, only 1 out of my 7 Directors has been a woman.  It's therefore hard to know if the generalisations mentioned in the article about working for women are valid in schools, since I've had relatively little experience of working for women in these positions.

The main point of the article was to talk about the position of Queen Bee - someone who has worked her way up to the top in a male-dominated organisation by behaving like a man and who is not sympathetic with other women who are seen as "not strong enough".  Typically these women have sacrificed their own private life to get where they are and are not sympathetic to women who put their homes and families first.  These Queen Bees are also seen as less likely to mentor younger women, apparently they often see them as threats.  Canadian and German studies have shown that women who work for women have higher cases of depression, headaches, heartburn and insomnia than those who work for men.  Research has also shown that men who report to a female manager get more mentoring and support than their female colleagues.  Before I read the article I'd never heard of the Queen Bee syndrome, but it is interesting - I can certainly see that it explains the behaviour of some of the women I've worked for.  Generally, though, I have to say I have found most of my women colleagues to be extremely understanding and supportive and I have been able to grow professionally as a result of this support.

After considering if this was true in my experience of teaching, I started to reflect on my role as a teacher in previous schools with the girls in my IB and A'Level classes.  Have I been guilty of pushing the girls harder than the boys?  Teaching a subject that has traditionally been more popular with boys I've often only had 1 or 2 girls in these classes, yet I've always been very conscious of trying extra hard to encourage the girls.  Despite the fact that the girls were outnumbered by the boys, they often out-perfomed them.  Was this because I was "tougher" on them?  Was it because I let them get away with less than the boys?  And if this was the case, did this do the girls more good than harm?

Posted by Maggie Hos-McGrane at 8:48 PM