Creativity comes from being connected 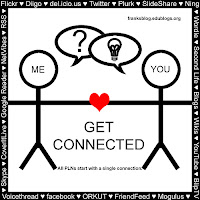 Last year we had two visits to our school from Aric Sigman who told students, teachers and parents that the increasing use of technology and social software is damaging students' minds and undermining learning.  He talked about the consequences of increasing social isolation from spending too much time socialising with online friends and not spending enough time with "real" ones.  How pleased I was to see the evidence presented in the Pew Research Centre report today which totally contradict his theories.

Being connected, it seems, has many more advantages than disadvantages, not least in the field of creativity as Steven Johnson argues in this RSA Animate video:

Posted by Maggie Hos-McGrane at 11:02 PM