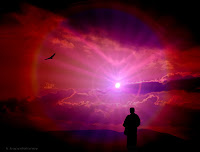 Knowing other people is intelligence, knowing yourself is wisdom.

Mastering other people is strength, mastering yourself is power.

I came across these two quotations recently and I've thought about them a lot over the past few days.  I think I partly agree with the first one but not the second.  I've never really thought of knowing other people as intelligence, though I've read Daniel Goleman's book Emotional Intelligence and I can see how that helps us to know others and that it can influence how successful we are in dealing with others.  Emotional intelligence is also about knowing yourself, it's about being aware of and being in control of your own emotions.  Wisdom to me goes one stage further though, as it implies more than just a passive intelligence of yourself and others.  It involves using your intelligence, your knowledge and your experiences in order to take action or to make decisions that rely on making good judgements.

I've been thinking a lot about strength too - especially inner strength that allows us to deal with difficult and upsetting situations and events.  Inner strength also relies on developing our emotional and mental qualities.  I think strength is more to do with ourselves.  Power on the other hand I see as something that is  exerted over others - it's the ability to influence the behaviour of others or to direct the course of events.

Intelligence, wisdom, strength, power.  What is the place for them in education?  When I think about multiple intelligences then both intrapersonal and interpersonal intelligences are important, and I think most teachers would want students to develop resilience and inner strength.  Power I'm not so sure about. It's something that can be good or bad.  I've worked with people who thought of themselves as powerful because of the positions they held, but this did not necessarily mean they were respected for what they said or did or that they were even particularly good leaders.  People obeyed their wishes because they had to, not necessarily because they wanted to or because it was the right thing to do.

Our Grade 5 students are looking at peacemakers right now, which is perhaps why I've been preoccupied with some of these ideas lately.  Of the two, I think I'd rather have strength than power.  I like the idea of developing inner strength, resilience and persistence.  One of the world's best known peacemakers, Gandhi, also talked about the power of persistence when he said:

I think this is a powerful lesson for our students.

Posted by Maggie Hos-McGrane at 10:11 PM