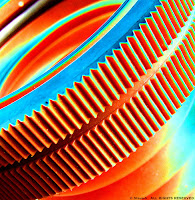 The last post was about Heidi Hayes Jacob's recommendations for redesigning the curriculum for the 21st century.  As I read on to her final chapter in her Curriculum 21 book, I realised that this is part of a much larger picture of questioning and reforming the traditional way things have always been done at school.

Reforming the curriculum is not enough if we are limited by schedules, grouping patterns of learners and professionals and space.  In the long term, Heidi argues that there is no reason why every student should spend 13 years in school between kindergarten and graduation.  Some students might need a couple more years, some are ready to move onto higher education earlier.  In the short term, Heidi also looks at daily and weekly schedules that often rule the activities and learning, and claims the form is often leading the function as most learning doesn't fit neatly into 40 or 80 minute time slots.  Nowadays, she argues, it doesn't have to, as the physical space of the school can be joined by the virtual learning space, anytime and anywhere so that students could work choose to learn at home in their own time rather than just at school.

Heidi also goes on to look at groupings by both grade levels, spans (primary, middle, secondary etc), type of school and proficiency of students.  She recommends looking into different sorts of groupings, for example multi-year maths programmes where girls come together for some of the maths instruction, or where students can work though online courses at home or during the holidays and then spend afternoons doing internships in the community.

Another question Heidi has is about teacher groupings, most often in departments or grade levels.  She suggests other forms of groupings, for example in vertical teams and in a variety of communities and networks both in and outside of school - including global teams of educators who are all interested in a particular issue (I'm thinking here that this is exactly what does happen in the weekly #edchats on Twitter).

Heidi also writes about virtual and physical space, about how the 21st century classroom involves students connecting with peers around the world.  She also asks how the space in traditional classrooms could be used differently.

This is her essential question:

Could [you] ... generate a version of school that had both flexibility and regulation in long-term and daily schedules, supporting multiple professional affiliations, offered a wide range of student groupings, and used physical and virtual space in direct response to the actual students you have been charged to educate?

(I have to say I am so looking forward to reading the rest of this book!)

Posted by Maggie Hos-McGrane at 11:42 PM

Email ThisBlogThis!Share to TwitterShare to FacebookShare to Pinterest
Labels: Curriculum21, Teaching and Learning