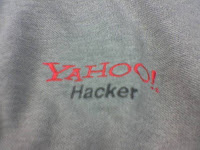 Today I saw a post about a new simple wiki service called Hackpad on Richard Byrne's blog Free Technology for Teachers.  I found the name of this new service quite interesting, especially because the word "hack" has come to have such negative connotations recently implying criminal activity (for example the ongoing phone hacking scandal in the UK), and has moved away from its original meaning which was to come up with an original or ingenious solution to a problem.  The word seems to have been coined by students at MIT over 50 years ago who used it to describe people with a desire to learn about technology through experimenting - people who were hackers were those with excellent technical and problem-solving skills and who used them creatively.  In the world of computers this came to mean someone who could make a computer do what he or she wanted - and a hacker was seen as someone who could make things.

Last year the word "hacker" was used in many different and new ways.  For example it was used to describe the Facebook employees who designed the new timeline look, those who worked to bring about revolutions in the Middle East and North Africa, and the organizers of the blackout protests against SOPA.  A hacker can be good or bad - but both ways often  involve breaking the rules.  For example if someone breaks into someone's email or phone messages this is using technology in a bad way - real hackers refer to these individuals as "crackers" because in general they break things. However if someone is clever and beats the system, then calling them a hacker can be taken as a compliment.  A lot, it seems, depends on your perspective.

Photo Credit:  Yay, I got a Yahoo! Hacker tee by Premshree Pillai

Posted by Maggie Hos-McGrane at 2:30 PM