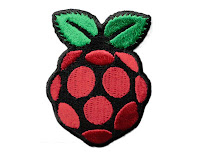 Yesterday I went to the Raspberry Jam at Cambridge University.  Alan O'Donohoe, Raspberry Jam's Chairman asked for a show of hands as to who in the audience was in each of the following 4 groups:

It seems there is a thriving community of people who are using the Raspberry Pi, and the possibilities for education are really exciting.  One of the speakers, Dr Andrew Robinson from the University of Manchester explained that he wants to encourage more people into computer science by running a Scratch animation competition using the Pi. He talked about how children have a 10 second hook to get interested in something - and that needs to be observable and testable. When he heard about the Raspberry Pi he was interested because he saw that they could get a result in 10 seconds that would show them the potential of the Pi.  For example they could see a game which would encourage them to want to play the game, and to play the game they would have to learn more about the Pi in order to go further. The whole idea is to capture their interest.  Andrew has developed activity sheets and lesson plans for using the Pi.  Details can be found on the PiFace website.


Another really interesting project using the Pi is Eye SPi.  This is conservation education from London Zoo.  Alasdair Davies and Gary Fletcher have developed an Instant Wild app as part of a citizen science project to identify rare and endangered animals. They use cameras around the world and post photos of different animals that people can help them to identity. The aim of the project is to have children use the Raspberry Pi and build a camera that they can put out in their gardens or around their homes to capture footage of UK wildlife. They also talked about the technology challenge of creating a mesh camera network that can penetrate into the depths of nature reserves to relay images to a device that can communicate with a satellite phone to send images. It was important that this didn't require cellular communication, was low in power usage and cheap with low maintenance costs. They thought the Raspberry Pi could be used for this, enabling them to track animals and migration movements.  Here is a link to Gary's website about London Zoo (ZSL) Instant Wild project and how they plan to use the Raspberry Pi.


Liam Fraser spoke next. He is an 18 year old student and is the creator of Raspberry Pi tutorials on YouTube. These tutorials show the set up of the Pi, how to make TV games and so on. He's currently working on tutorials for using the Pi with Macs.  In the past 6 months Liam's tutorials have been viewed almost a million times!  Click here to go to the Raspberry Pi tutorials.


Keith Dunlop then spoke about  an alternative Operating system for the Raspberry Pi. He showed us the RISC OS that was developed by Acorn in 1987 that now comes on an SD card that fits into the Pi.  It. Obtains text, a vector drawing programme and Basic as a programming language.  Here is a link to the RISC OS website.


Industry is also interested in the Raspberry Pi.  Many companies need more young people to come into their businesses in the future and computer science skills are important for businesses that design electronic control products.  William Gardiner from Heber spoke about the X10i that his company has produced as an extension to the Pi containing stereo audio, extra battery and so on. Here is a link to the Heber website with information about how the X10i works with the Raspberry Pi.


So, my answer to the first question is this.  I do now have a Raspberry Pi, and I'm slowly but surely finding out what to do with it.


And finally ... here is a link to the Raspberry Pi website
Posted by Maggie Hos-McGrane at 2:15 AM