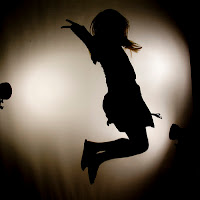 One of attributes of the IB learner profile is reflective.  This applies to all of us working in an IB school:  the students, the teachers and the leadership.  This is how the IB defines reflective people:

They give thoughtful consideration to their own learning and experience. They are able to assess and understand their strengths and limitations in order to support their learning and personal development.

As we are coming up to the end of the year, as as I'm half way through my first year in a new job, I decided today that it was time to reflect on the past 12 months, my strengths, limitations and my own personal development.  Today I also followed a link on Twitter to Marc and Angel's blog which outlines the 12 big mistakes that it is likely that most people made this year.  As I read them through it occurred to me that the first half of the year was definitely characterized by these mistakes, but that half way through the year I switched jobs and that none of these apply any more.  As Marc points out "mistakes are the growing pains of wisdom".  Certainly I have made mistakes, certainly it has been painful, and certainly I am now a much wiser person as a result.  Let's consider what I've learned:


It has been an interesting year - and I'm energized by what lies ahead up to the end of the school year.  First there's TEDxASB, there's Un-plugged which is focused on brain research, there's the Flat Classroom Leadership Workshop, there's the R&D groups, there's Critical Friends, there's facilitating an online course through the ASB Online Academy, there's presenting at ISTE at the end of this school year - and who knows what other wonderful opportunities will come along in my second year here?  I feel like I'm working much harder than I ever have before and yet I'm buzzing with enthusiasm and energy.  When I reflect on how I felt this time last year having just accepted a job at ASB it's hard to realize I'm the same person - but I am - I've just grown an awful lot in the meantime.

Posted by Maggie Hos-McGrane at 4:43 PM