How the brain learns and remembers: patterns, predictions and pleasure 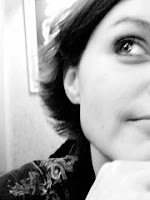 This is my final posting following ASB Un-Plugged Impact 2013.  In this post I want to write about the workshops I did with Dr. Judy Willis.  Dr Willis talked about her research as a neurologist and a teacher and explained what she believes transforms inputs into learning:

Dr Willis started with the following statement: the brain seeks 2 things, patterns and pleasure - and she kept returning to this to show how inputs into the brain are converted into memories and learning.

Reach Attention
The first thing that has to happen is that the brain has to pay attention to something.  In our brains there is an "attention filter", the Amygdala, that lets certain things in.  Everything comes into the brain via our senses, so all learning begins with sensory information (sight, smell etc.)  However we don't pay attention to all the sensory information that is coming in as there is too much information around us - our Amygdala selects what gets through as far as the Prefontal Cortex, the place where long-term memories are made and where we can reflect on something before we act on it.  Senses come in through the RAS (reticular activating system) - an involuntary filter that determines what information is admitted.  The RAS inputs millions of bits of sensory data every second but only 2000 bits can get through the filter every second, so a lot doesn't get into our brains or memory.

Remember the brain is programmed for pattern and pleasure and at it's most basic level for survival.  The RAS is a primitive low brain structure and is similar in all mammals to help them survive in an environment.  Mammals are programmed to look for something different, something that has changed in their environment that could be a threat to them ( they are looking for a change in the expected pattern of their surroundings).  Something perceived as a  threat gets priority over any other change and the brain asks, can it hurt me?   The brain doesn't respond to any other change until it has processed a change or perceived threat.

What strategies can teachers use to affect what gets into our brains:
One of the most important things that teachers can do, taking this into account, is to change the pattern in order to get students' attention.  Novelty leads to curiosity.  It can take the form of sounds, color, movement (of teacher to another part of the room - which resets data coming in and lets students know the situation has changed), placement of objects, your appearance.  Basically what Dr Willis was saying was that students will pay attention to something that is different from the pattern that they expect to find in the classroom.

Novelty (different patterns) are not enough however.  There is also a difference between inputting information and getting students' attention for that, and sustaining their attention.

What happens when students get predictions wrong?
Video games are based on choices and predictions of what to do and what will happen when you do it.  You can be wrong for 80% of the time in video games and still be motivated to continue playing, as you get immediate feedback and you learn from it.  Even though you are mostly wrong, your attention is still engaged - continuous failure leads eventually to success.  It's not a problem to make mistakes if the feedback is immediate - the reasons for this are connected with how dopamine works to affect memory.

Learning occurs as your memory changes to make your future predictions more accurate. The brain is "addicted" to dopamine and will do whatever it takes to get more.  The brain pulls on prior knowledge it already has to make predictions, which causes a release of dopamine into the Prefrontal Cortex (using prior knowledge is connected to making a prediction).  The brain likes this increase in dopamine and wants it to happen again - so when a correct prediction is made the brain remembers it (so that in future it can use it to get more dopamine).  With an incorrect prediction the dopamine is withheld, so the brain rejects that inaccuracy and doesn't remember it as the brain doesn't want the dopamine to drop in future.  When finding out the correct answer the brain then rewires.  If the brain gets timely feedback about what is incorrect the brain networks are revised leading to accurate, long term memory.

Memory
The Hippocampus is a place where information goes after the Amygdala before the Prefrontal Cortex.  Again this is all about patterns.  Short term memory is also called working memory and it how the brain interprets information based on past patterns.  If new information comes and there is no pattern then the new information could be misinterpreted, rejected or disappear within a minute.  This is why it's always important for teachers to activate prior knowledge before teaching something new - so that the brain sees the pattern and the new information has something to add onto.  Patterning is the basis for literacy and numeracy.

Long term memory
Getting something from short-term memory into long-term memory is the role of the Prefrontal Cortex.  Neuroplasticity is the process by which each time a brain network is used, a memory is activated and gets stronger which leads to neuroplastic growth as new dendrites (connections) grow. Long term memory occurs when the connections (dendrites) between neurons are better.  Practice makes permanent - if you continue to use the new information it will make the dendrites stronger and add the information into long-term memory.  Mental manipulation occurs when you translate information from one form to another for example turning text into a diagram or teach what you know to someone else.  This reinforces understanding. The best way of developing long-term memory is to use information in new ways.  Good ways to do this are to summarize new learning in blogs, text messages or tweet.