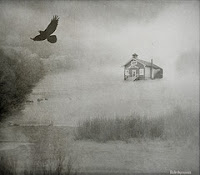 As I read on in Thomas Armstrong's book The Best Schools, I've come to the chapter on elementary schools which is where I've spent the past 19 years (having originally been trained as a secondary teacher).  Armstrong refers to many of these classrooms as a "high stakes, low-excitement world".  He writes that children between the ages of 6-7 leave early childhood behind as their brains change, in particular in the areas of language and spatial relations, as children move into concrete operational thinking.  This is the idea age to "master maths concepts, decode words, and think inside of their heads while they read, listen to the teacher, or engage in other learning activities."  At the same time children are becoming more social - their horizons have extended beyond their immediate family and now involve friends and their families, club leaders, coaches and so on.  Because children start to actively participate in a busy social world, they become curious to understand more about the world.  Using technology at this age can provide a window into this world and can allow students to access information about the world quickly.

It seems that just as children arrive at this "spark" of curiosity, schools more moving them in the opposite direction.  Rigid curriculum narrow down this curiosity and are the death of wondering and constructing their own knowledge.  These are the things that, according to Armstrong, the "schoolhouse" overemphasizes:


While I have been at international schools that have utilized standardized tests, I'm thankful that the emphasis has definitely been on real world learning and the social construction of knowledge.  The PYP programme acknowledges that "learners have beliefs about how the world works based on their experiences and prior learning.  Those beliefs, models or constructs are revisited and revised in the light of new experiences and further learning."  Since the PYP strives for international mindedness, teachers are concerned that students are making connections between home, school and the world.  I'm glad to read that, according to Armstrong, such an approach is be regarded as the best and most developmentally appropriate educational practice for elementary students.

Posted by Maggie Hos-McGrane at 9:10 PM

Email ThisBlogThis!Share to TwitterShare to FacebookShare to Pinterest
Labels: PYP, Teaching and Learning