ISTE - where our bodies meet our brains 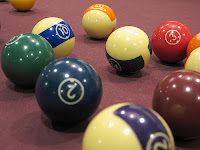 This is my final post following my experience at ISTE in San Antonio and it is based on my thoughts following Adam Bellow's keynote on the final day.  Adam called his keynote "An invitation to change the world".

Posted by Maggie Hos-McGrane at 7:52 AM