Who's afraid of creativity and innovation? 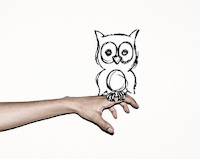 Over the years that I've been teaching I've met and worked with some educators who appeared to be afraid of creativity and innovation.  These were people who found the creative process scary because it meant they were out of control - being creative means that you don't know exactly what is going to happen or where things are going to lead and so it means leaving your comfort zone and being open to possibilities.

One of the joys of moving last year to ASB was that I found a group of educators who are definitely not afraid of innovation - many of us actually thrive on it - and this brings me to another concept that is written about by Stephen Covey called synergy which refers to the interaction of multiple elements (in our case educators and their ideas) to produce an effect different from or greater than the sum of the individual effects.  Basically synergy means the whole is greater than the sum of the parts.  Having considered my own strengths recently, I was interested to note that "the essence of synergy is to value differences - to respect them, to build on strengths, to compensate for weaknesses".  Reflecting on this further made me think again about ASB's Design Thinking team, and how respecting differences can be very powerful.

Synergy is creative because you are not sure what the end will look like.  It's exciting because you believe that whatever the end will be, it will be better than it was before and better because of working together than if you simply thought about the solution in isolation.  It involves a lot of trust, and a lot of letting go of your own perspective to listen empathetically to others.  It involves developing others and developing with others so that everyone reaches their own highest potential and it also involves everyone agreeing to rip up the "old scripts" and create something new.

In contrast inefficient schools are full of untapped, unused and undeveloped potential and are low on creativity and innovation.  Administrators in such places make policies based on the lowest common denominator - regulations are based on the potential abuses of a few people, and as a result creativity and freedom are limited for many.  And yet, even in such places, it is possible to find synergy within yourself by deliberately setting yourself aside from the negative energy, assuming the best of intentions and learning from the situation in order to get a larger perspective.  It takes courage in such a situation to be open and to continue to express your ideas and feelings and sometimes to remain true to your core values and principles.

At the moment I feel like I'm in a Win/Win situation.  I think ASB wins, and I win because I'm at ASB.  I find that even though I'm working harder than ever before I'm less stressed and because I am thriving in an atmosphere where creativity and innovation are valued.  For me, in fact, the scariest thing would be not to be in such a place!

Email ThisBlogThis!Share to TwitterShare to FacebookShare to Pinterest
Labels: 7 Habits