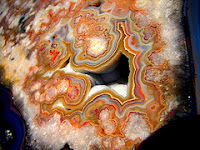 When our son was in Middle School in Holland he tried out for the basketball team.  He didn't get on it.  He was extremely disappointed but thankfully had a great homeroom teacher who encouraged him to continue to improve and to try out again.  We moved on to another school in Thailand, where he first of all joined the volleyball team and then later tried out for the varsity basketball team and this time made it.  In the 12th Grade he was named MVP in one of the tournaments, and the boys went on to win the SE Asian regional championships.  After he graduated we moved on again to Switzerland, and by a strange coincidence ended up at the same school that his Middle School homeroom teacher had moved to.  He was very pleased to hear about the impact his pep talks had made and how our son had persisted in developing his basketball skills.

When we lived in Holland my son was in the Sea Scouts.  He did all sorts of things, including sailing and various water sports.  When we moved to Bangkok, we lived in the middle of a huge city and there weren't the opportunities to develop these skills.  At university, however, our son became a life guard at a local pool to earn some money to support himself through, and after graduating became a camp counsellor in the USA where he was responsible for the water sports.  A lot of what happened in both of these examples, where he was able to develop his hidden talents was to do with opportunity and also to do with encouragement.

As I'm reading on in Finding Your Element, I'm considering how important it is to have opportunities to find out what you're good at.  It's very possible that our students might be very good at many different things, but they've never had the opportunities to try them.  The analogy that Sir Ken Robinson uses is that your talents might be like minerals below the ground - undiscovered and not yet explored.  I've also been thinking about how you develop passions for the things you are good at, but how sometimes you have to persist in doing something and not give up when you have set-backs - sometimes when you feel that you're not good enough at something, you need someone to tell you to carry on and not give up.

I have heard Sir Ken speak twice at conferences - once at ISTE and the other time via a live link at a conference at Zurich International School, which I was pleased to be able to attend despite the fact that I was not actually working at that school.  Sir Ken talks a lot about how education often discourages you from discovering your natural aptitudes because of a narrow view of what is seen as important in schools (mostly verbal and mathematical reasoning) and because many teachers disregard the different ways that individual students learn.  He writes that "many students, even those who are good at academic work, never discover the real range of their aptitudes ... we all learn best in different ways, and your own learning style can strongly affect what you think your aptitudes are."

What I'm hearing from this is twofold:  we need to give our students many, many opportunities, and we need to let them learn in their own way so that they uncover the hidden gems that lie below the surface.  Perhaps this is easier in international schools, which in general are not so ruled by standardized tests and league tables.  Perhaps teachers in these schools do have more flexibility to personalize the learning and the assessments for students, to give them more voice in what they learn, how they learn it and the way they show what they have learned.  I'm more than grateful that my children had these experiences, were given opportunities and were encouraged by great teachers to develop their aptitudes, to find the rough diamonds and to cut and polish them to make them beautiful.

Email ThisBlogThis!Share to TwitterShare to FacebookShare to Pinterest
Labels: The Element