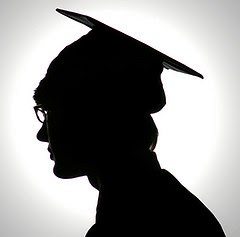 With one child already through university and another still there one question I'm constantly asking is what value a university adds to someone's prospects of getting a good job.  The Horizon Report for Higher Education asks this question too - and it is clear that universities will need to change if they are to remain relevant.  Here are some of the challenges and wicked challenges outlined in the latest Horizon Report.

Low Digital Fluency of Faculty
Just today I was talking to a colleague about the fact that many university professors have never actually been teachers or undergone a teacher training course.  The Horizon Report also acknowledges that while digital media literacy continues to rise in importance as a key skill in every discipline and profession, very little training is given in digital literacy skills and techniques.  One good point is that the lack of formal training is being offset through professional development and informal learning, however the report points out that an attitude shift is required of instructors to embrace new technologies that promote digital literacy.

The Lack of Rewards for Teaching
In higher education there is a sense that being involved in research is more valuable than skill and talent as a teacher.  In the UK, studies have shown that compared with the 1960s there has been a decrease in interaction and feedback between professors and students.

Competition from New Models of Education
Over the past 2 years I've turned down 2 opportunities to get an additional degree through an American university in favour of taking MOOCs and online courses that seem more relevant to my interests.  Despite the low completion rate of many MOOCs (between 5 - 16%),  they have done a good job at enabling students to continue to learn through free, online courses.  World renowned universities have enrolled thousands of students in online courses, most working at their own pace, which has called into question the value of degrees earned face to face (and at huge expense).  Universities are now starting to offer credits to students who pass the MOOC if they register and pay a fee, though at present it appears take up rates for this are low.

Expanding Access
Here's what I think is at the heart of the problem:  we are shifting from labour-intensive economies to knowledge-intensive economies which calls for higher education to be expanded.  There is still a link between educational attainment and earning potential, and in developing countries a better education population is driving the rise of the middle class.  However expanding access to universities means opening them to students who traditionally would not have been able to attend (because of ability or finances).  Universities which at one time catered to the elite are now having to re-examine their market, especially as free credit-based MOOCs are growing in popularity.

Here's a staggering figure:   over the next 12 years there will be a 25% increase in global higher education.  In Africa this equates to having to build 4 universities a week to accommodate the students who are reaching enrollment age!  In my current country, India, there are 234 million young people between the ages of 15 and 24 - how are they going to be educated?

The digital divide is alive and well - and even expanding as far as access to technology is concerned.  MOOCs can only be effective at educating these young people if the proper infrastructure and connectivity is available.  Yet in many developing countries online learning could be the key to increasing access to higher education - particularly for young women.

Keeping Education Relevant
As online learning and free educational content become more pervasive universities need to address the question of what value they provide that other approaches do not.  Although my children probably don't appreciate it right now, they are "fortunate" in that they were both unable to apply for student loans (as they went to universities in countries where they had never lived).  My son left university 2 years ago debt free and my daughter will do the same.  It has been tough for them to have to work long hours every week on top of their studies to support themselves financially, but I believe they will come to see that it is worth it to be debt free.  Many students leaving universities today owe more than 20,000 pounds or dollars and are still facing unemployment in the uncertain job market.

One thing I've found difficult working at an American school is the whole course credit system - something that did not exist when I was at university.  I think it's good that questions are now starting to be asked about whether class time can be equated with meaningful learning - surely students should be required to prove competency and not just that they have put in the time?  The notion of other forms of credentials that allow learning to be tracked (such as badges or ePortfolios) are becoming more popular.  Clearly a university degree doesn't guarantee a return on investment in these economically difficult times - universities are going to have to re-think what they are offering in order to stay relevant.