Looking back and looking forward 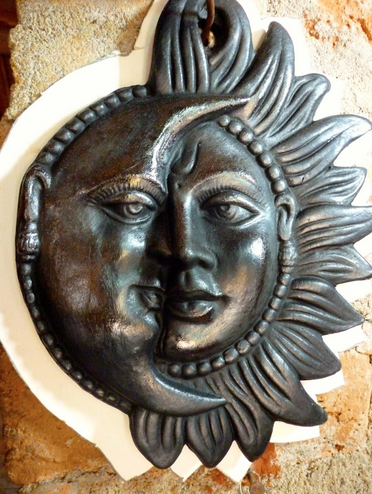 At the start of a new year it’s always good to look forward as well as to reflect on how far we have already come. Over the past few blog posts my focus on looking back has been to think about the new trends in technology that I’ve been working on over the past year. Now I want to go back a bit further: to when I first started using technology in teaching, and I think if I was to sum up the changes I’ve seen in the way technology has been used over the past 20 years it would be that it has enabled empowerment - for both students and teachers.

Many years ago, before I became a tech teacher, I was a Grade 6 teacher and I had a group of students in my class who were very keen to publish their work for a wider audience than just me. This was quite a challenge at the time (in 1995) because the school didn’t have an internet connection. Despite this, with the help of one of our ESL teachers, we found a way to upload student work onto a class website that was hosted on a server in the Netherlands so that we were able to view it offline at school. Around the world others with an internet connection were able to view our class website, however, and it didn’t take us long to get feedback. Writing for a world-wide audience was hugely empowering for the students and I noticed it led to more motivation and that they put more effort into work that they knew was going to be published and viewed by others around the world.

When I became a tech teacher five years later, I was determined to continue to empower and motivate students - and to empower and motivate teachers too. In the case of students we explored many tools that would encourage creativity and innovation, including having all the students do some programming (using MicroWorlds) every year from Kindergarten onwards. These early programming lessons ranged from simply drawing a winter scene and programming snowflakes to move across it, through to more complicated games with buttons and programable colours and shapes. Every year I was always pleased to find that some students, not always the ones you might expect, really took to programming. They realized immediately that they were in control of what was happening on the screen and they could make things do what they wanted. If they got an unexpected result, they knew they could go back into the programme and tweek it until it behaved the way they wanted.

With teachers I wanted them to be empowered to use technology with the students themselves, rather than seeing it as a once a week “drop off” session where they would bring students to the lab and then leave them there. I attended planning meetings so that I could more closely integrate what we were doing into their lessons. I encouraged teachers to give up the once a week lessons and to bring their students whenever they wanted. Finally I encouraged teachers to start to lead the technology lessons themselves. After a few years of this, there were some teachers who got to the point where they didn’t need me at all - which I regarded as being a great success. I would meet with them to suggest different ways of moving forward with technology - it was up them them if they wanted to take up those suggestions and perhaps to book me to come and model something new.

Things changed hugely for me at the next school where I worked. It was the time when Web 2.0 tools started to be introduced and students were much more in control of what they could create through collaboration with others. I ditched most of the “old” tools such as Microsoft Office and Adobe Photoshop in favour of new, easy to learn, online tools that students could access anywhere and at anytime. During that time it wasn’t unusual to show a new tool to students one day, and to find that they had independently gone home and created something with that tool themselves or perhaps with a classmate. which they were eager to share the following day. More than anything else, I think, Web 2.0 really empowered my students to be creative and collaborative.


Time marched on and we saw the rise of social media. At the school where I was working at the time we saw an explosion of blogging, and at the same time a huge increase in the progress students were making in reading, writing and communication skills as they blogged with students from around the world.

My job has changed again. My school doesn’t have technology teachers (we are all technology teachers) but this year we have technology coaches who further encourage, motivate and empower students and teachers to use technology for learning. We have seen the rise of PBL and Curiosity Projects, of students deciding what they need to know to tackle real world problems - and of them having the skills to go out and find out what they don’t know. We have seen Maker and gamification being brought more into the units the students are studying. We have seen teachers intentionally planning to use technology to promote higher order thinking skills such as analysis, evaluation and creativity.

The use of technology to transform learning has changed so much in the 20 years that I’ve been using it, but at the end of the day it is clear that the changes I’ve seen have resulted in greater motivation and in students being more in control of their own learning, and seeing this has definitely inspired me to continue to find new ways of using technology to enhance and transform education.

Photo taken at Dhaksin Chitra in Chennai
Posted by Maggie Hos-McGrane at 5:57 PM