Yesterday I was mentioned in the #Twitterati Challenge in a blog post by Marcello Mongardi.  The idea behind this challenge is to recognise supportive colleagues, but these cannot be people who you work with in "real life".  When I started to think about this, it took me back to the time when I first started to use Twitter, which was when I was working in Thailand in 2007.  I can't remember how I got introduced to Twitter, but I'm guessing it was through ISTEC, a tri-annual meeting of tech people working in international schools in and around Bangkok.  It wasn't until I moved to Switzerland, however, that I started to see the possibilities of making meaningful connections through Twitter, with people that I hadn't ever met.  I started to refer to Twitter as my "virtual staffroom" and when I introduced tech training at my new school, in the form of Techie Breakie (breakfast) sessions, Twitter was one of the first tools I introduced as a way of building up a PLN.

The people on this list are those whom I mostly first connected with using Twitter when I worked in Switzerland, but I have remained in contact with ever since.  Several of these I have since met in person. 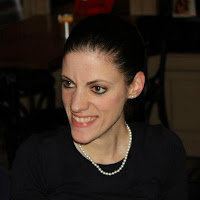 Vicky Loras - @vickyloras It's amazing to me that when I first started to follow Vicky on Twitter I didn't realise that she also lived in Switzerland.  I think I first found her via George Couros with the Greek/Canadian connection.  It was only after several Twitter conversations that I discovered that not only did she live in Switzerland, she also lived in the same town as me!  Vicky is the founder of the Loras Network, is a prolific tweeter and a wonderful language teacher.  She was recently named as one of the 42 Women Leading Education.  I'm happy that we got to connect both in person and through Twitter while I lived in Switzerland. 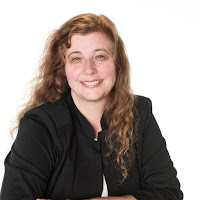 Silvia Tolisano - @langwitches  It was while living in Switzerland that I first came across Silvia, who at that time was based at a school in Florida.  I love the way that Silvia shares her ideas and what she does so generously.  While working in Switzerland Silvia invited me to take part in Quad Blogging Action Research about how blogging can improve student writing. Since our first contact on Twitter Silvia and I have also met a number of times.  We first met at the ECIS IT Conference in Frankfurt, and then again in India at ASB Un-Plugged.  After spending a year working in an international school in Brazil, Silvia is now working as a consultant. 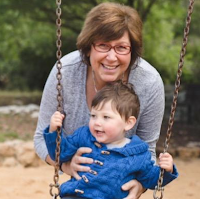 Edna Sackson - @whatedsaid  Edna is one of my strongest connections on Twitter, and is someone who I have never met in person (and yet I feel like I have!).  Edna and I first connected through the blogging alliance set up by Kelly Tenkely at the start of 2010.  Both Edna and I had started blogging in the Fall of 2009 and without this alliance we would not have connected with each other quite so soon.  I think I felt an immediate rapport with Edna as she was working at a PYP school in Australia and we were both thinking about the same things - mostly inquiry - and both of us identified with being teachers AND learners.   Also Edna was already involved with a project in India (SOLES and SOMES), a country that I was later to move to. Edna went on to set up the Inquire Within blog, another wonderful way to connect inquiry teachers. 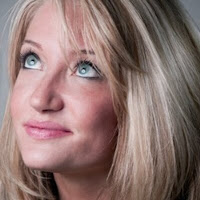 Kelly Tenkely - @ktenkely  In 2009 I started this blog.  Who knows what would have happened to either me or my blog without Kelly, but certainly I doubt I would have anything like my 750,000 readers!  At the start of 2010 she set up a Blogging Alliance and she encouraged a group of us to read and comment on each others' blogs - she also commented on every single post that we made.  At the time I was working in a school that did not support blogging.  Having a blog was referred to by one of our administrators as "personal branding" and without the encouragement of Kelly I may well simply have given up.  Kelly is the founder of Anastasis Academy and also blogs at iLearnTechnology where she shares ideas of tools and how they can be used with students.  I have never met Kelly in person, but since ISTE is taking place in Colorado in 2016, I'm hoping that there is a chance that I might get to meet her then. 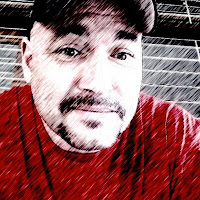 Jason Graham - @jasongraham99  Around the time I moved to India, I also became a PYP online workshop facilitator for the IBO.  When I did the training for this, I first came across Jay who is now a lead facilitator.  In fact, Jay was the first person I co-led an online workshop with - and he provided a very supportive introduction to this role.  Jay was also one of the founders of the #pypchat on Twitter.  (Click here to see the great video Jay made about this).  Jay and I have met face to face a number of times too.  We first met in Singapore a couple of years ago when we were both training to be school visitors for the IBO, and last year we co-led a workshop on Flipped Classrooms, also in Singapore.

The #Twitterati Challenge has been a great way for me to think about - and thank - some of the wonderful educators from around the world who have helped to turn me into a connected educator.  To all of you:  Vicky, Silvia, Edna, Kelly and Jay - you will probably never know how much support you have given me and how grateful I am to the part you have played in my educational journey.  I would not be the person I am today without all of you.  Thank you.

If you would like to take part in the #Twitterati Challenge the rules are below.  As to rule number 3 and 4, it's our end of year staff party tonight so I am going to have a gin and tonic over ice and say "Cheers" to you all.


In the spirit of social media educator friendships, this summer it is time to recognise your most supportive colleagues in a simple blogpost shout-out. Whatever your reason, these 5 educators should be your 5 go-to people in times of challenge and critique, or for verification and support.

There are only 3 rules.

1.You cannot knowingly include someone you work with in real life.

2.You cannot list somebody that has already been named if you are already made aware of them being listed on #TwitteratiChallenge

3.You will need to copy and paste the title of this blogpost and the Rules and What To Do information into your own blog post.

1.Within 7 days of being nominated by somebody else, identify colleagues you regularly go to for support and challenge. They have now been challenged and should act as participants in the #TwitteratiChallenge.

2.If you’ve been nominated, you should write your own #TwitteratiChallenge blogpost within 7 days. If you do not have your own blog, try @staffrm

3.The educator nominated should record a video of themselves (using Periscope?) in continuous footage and announce their acceptance of the challenge, followed by a pouring of your (chosen) drink over a glass of ice.

4.Then the drink is to be lifted with a ‘cheers’ before the participant nominates their five other educators to participate in the challenge.

5.The educator that is now (newly) nominated, has 7 days to compose their own #TwitteratiChallenge blogpost and identify who their top 5 go-to educators are.
Posted by Maggie Hos-McGrane at 4:39 PM

Email ThisBlogThis!Share to TwitterShare to FacebookShare to Pinterest
Labels: PLN