What neuroscience can teach us about coaching 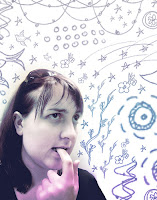 We have known for years that neuroscience research has supported constructivist learning practices as being the most brain compatible for students, and it's really no surprise that adult learning in both professional development and coaching is now using research from neuroscience and has also found that a constructive approach is the most beneficial.  Michael Dolcemascolo and Carolee Hayes write that "if educational systems do not align adult learning practices with best practices for children, it is unlikely that teachers will use those practices in classrooms".

It's important for a coach to understand the brain in order to manage relationships with the coachee. The limbic system regulates both emotion and memory and works to let us know we are safe - basically it is the systems that helps us to respond - whereas the prefrontal cortex allows for more reflective responses such as problem solving and decision making.  The cognitive coach needs to be aware that these systems work best together in a situation of "relaxed alertness" (low stress and high challenge). All meaningful learning takes place in relationships, and all positive relationships are based on trust, which a coach builds by establishing rapport.  Our brains need social connections above all else so only when a coach has established trust, empathy and compassion will there be a situation of low stress in which the coachee can experience high challenge.

Our brains are continually changing in response to experiences and interactions - a process known as neuroplasticity.  Coaching uses this concept to assume the person being coached can develop new insights which will ultimately lead to new behaviours.  A coach best supports neuroplasticity by developing an environment that minimizes danger and maximizes rewards - which leads the brain to produce dopamine and norepinephrine, thus stimulating prefrontal capacity.  Cognitive coaching differs from many other coaching models which work on correcting deficits (which can be seen as a threat by the brain as this is an attack on autonomy and status).  In cognitive coaching the coach assumes that the coachee is self-sufficient and resourceful, which engages different parts of the brain. In particular when the coach gives the coachee status and autonomy, the prefrontal cortex is stimulated leading to better thinking and performance.  MRIs have shown that self-directed models of coaching lead to positive emotions and a willingness to be coached, whereas critical coaching produces defensiveness and a decreased capacity for visioning and problem solving.

Talking about your thinking is much better than simply thinking privately because talking increases brain activity, speeding up and increasing both learning and the ability to apply learning to new situations.   The coachee learns by focusing on a new desired state, while the coach paraphrases, decreasing the load on the prefrontal cortex of the coachee.  It's important for coaches to pause as well as ask questions, since the mind needs time to reflect and make new connections. Questions that include positive presuppositions suggest the coachee is capable of self-direction and this in turn increases the release of dopamine which leads to more prefrontal activity.

Daniel Pink has written about how autonomy is a basic human motivator.  If the coach is acting in a evaluative or judgemental way the brain reacts by shifting to pleasing others and trying to perform in a way that will not provoke a threat.  Judgements also lead the brain to inhibit thinking while it deals with the threat, so when a coachee experiences judgement, it is not likely that new thinking will occur.  A cognitive coach therefore does not give either judgement or constructive feedback, but instead asks questions that facilitate new pathways and connections in the brain of the coachee.

Leaders of coaching programs must become advocates for using new insights from the neurosciences for rethinking counterproductive practices.  Unless we do so, schools will be doomed to the status quo. - Michael Dolcemascolo and Carolee Hayes

Photo Credit: Sarah G... via Compfight cc
Posted by Maggie Hos-McGrane at 1:23 AM