Why it doesn't work to "fix" the schools 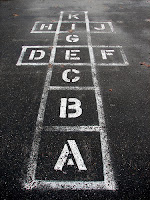 This is the fourth in my series of posts based on this summer's publication of John Hattie's The Politics of Distraction.  The focus of this post is why inventing new forms of schooling isn't likely to lead to an improvement in student achievement.  In the UK in recent years there has been a growth of schools being able to opt out of local authority control and become "academies".    Originally these were poorly-performing secondary schools, but later non-profit charitable trusts formed academy chains that took over state schools (and I believe there is still some debate as to whether these school can actually run at a profit). Currently there are over 4,500 academies in the UK, compared to only 200 in May 2010.  At one time the Government argued that academies raised standards and had positive impacts on other schools in their local area, however now there are concerns that the rapid expansion of academies have led to financial problems and a lowering of standards.

In Hattie's Politics of Distraction he argues that variance in student achievement between schools is small when compared to the variance within schools, so simply coming up with different forms of schools is not a good solution.  Generally his research has found that there may be a slight increase in achievement in such schools in the short-term, but no difference in the long-term.

I used to work at a school in the UK that was surrounded by large playing fields.  Apparently some years ago the school was allowed to sell off these playing fields and also to bring in a private company to run their gym.  The school then had to rent the gym for PE lessons, and the company could keep it open and charge the local community for using it in the evenings and at weekends. Having businesses come up with ideas to "fix" schools is another misguided policy, according to Hattie, particularly when it comes to placing leaders from the business community into schools. Schools do not need business leaders, but instead need "high-impact instructional leaders, ones who make several formal classroom observations each year, interpret test scores with teachers, insist teachers collaborate in planning and evaluating the teaching programme across grades, insist teachers expect high proportions of their students to do well on achievement and social outcomes and insist and know that the staffroom and classroom atmosphere is conducive to learning for all students."

Yet another argument for "fixing" schools involves giving them more autonomy.  Hattie's evidence shows that achievement is higher in countries where schools have autonomy over staffing decisions and hiring teachers, for example, but lower when schools have autonomy over their own budgets. Generally autonomy has a very small impact on achievement, and can be particularly problematic in increasing inequalities between schools (good schools may get better, but not so good ones generally get worse).

More money is rarely the answer to improving student achievement.  Hattie shows that in Western countries there is little relation between more money and improved achievement because 80% of funding is taken up in salaries, buildings, bussing and maintenance.  A small positive impact can be seen when more money is directed into instructional areas such as more resources for teachers, and a larger positive impact when money is directed into improving teacher expertise.  This does vary according to the GDP of a country, however.  In low-income countries, greater expenditure does tend to lead to greater student improvement.  In countries with middle to high GDP there is no relationship between expenditure and student performance (probably because in these countries mostly the money is invested in smaller class sizes - which has already been seen to be another distractor and one that does not improve student achievement - rather than in better quality teachers).

Another "fix" that has been tried in schools is to lengthen the school day or school year.  In the Politics of Education Hattie correlates PISA scores with the total number of hours in school and actually finds a negative relationship!  Students in Japan, Korea and Finland spend less time in school, but achieve much more than students in the UK or USA.  Adding more hours in school clearly makes little difference to student learning.

If you wish to read more download The Politics of Distraction at this link.