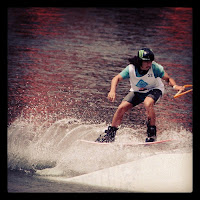 Every summer we have a choice of a book for a summer read - and we discuss these books as part of our teacher orientation at the start of each school year.  This year we had 4 choices:  How Children Succeed: Grit, Curiosity and the Hidden Power of Character by Paul Tough,   Fail, Fail Again, Fail Better: Wise Advice for Leaning into the Unknown by Pema Chödrön,  Grit:The Power of Passion and Perseverance by Angela Duckworth  and Integrity by Henry Cloud.

There were many reasons why I chose Integrity.  First of all it is a value that I hold dear and so the title resonated with me.  Secondly, it didn't seem to be so "school" orientated, so I thought it would have more general relevance.  Thirdly, since this is a school read, it relates directly to our mission:


We inspire all of our students to continuous inquiry, empowering them with the skills, courage, optimism, and integrity to pursue their dreams and enhance the lives of others.

Finally, it relates directly to our IB programmes.  For example one of the attributes of the Learner Profile is principled.  Principled people:


act with integrity and honesty, with a strong sense of fairness, justice and respect for the dignity of the individual, groups and communities. They take responsibility for their own actions and the consequences that accompany them.

It's also one of the PYP attitudes where integrity is defined as being honest and demonstrating a considered sense of fairness.

All in all, this seemed like a book I wanted to read.

As I have the whole summer to read this book, my reflections will be done in slow time - a blog post whenever I have internet access.  My first post is about The Wake.

The first image that comes to mind when I think about the word wake is the swell on water after a boat passes through.  In the book Integrity, Henry Cloud refers to the wake left by people.  This wake is in two areas - task and relationship:  what does a person accomplish and how does s/he deal with people?  Looking first at the task, this could be things like the growth of a business, accomplishing the mission, introducing new ways of doing things, increasing the reputation of something.  All of these can certainly be applied to what happens in schools.  I can easily identify the "wake" being left by leaders in schools - sometimes a large impact, sometimes a small one.

On a personal level people leave a wake in other ways.  It's not just their accomplishments, it's the ways they interact with people.  This wake is not seen in accomplishments, but more in the hearts and minds of the people they come into contact with.  Cloud writes:

Are there a lot of people out there water-skiing on the wake, smiling and having a great time for our having moved through their lives, or are they out there bobbing for air, bleeding, and left wounded as shark bait?

Are people better off or worse off for our having moved through their lives?  Have we been a blessing to them or a curse?  Have they grown by being associated with us, do they feel better about themselves, have they learned and been lifted up and encouraged?  Have they been stretched and inspired?

Well as I look at the leaders of the schools I've worked in, yes - certainly some of them have encouraged and helped me to grow and others have done the opposite - they have put me down, let me down, and lied to and about me.   And while I have benefitted from leaving these situations (of course!) I still feel that although I have learned a lot about myself and dealing with adversity, I have also been damaged by my interactions with these people.

Cloud writes that with some people the negative wake that they leave gets in the way of accomplishing the task - no matter how good the person is at their job.  He writes:


Interpersonal shortcomings [get] in the way so much that the very tasks that [they] are accomplishing get compromised in a big way.