Work is the new retirement 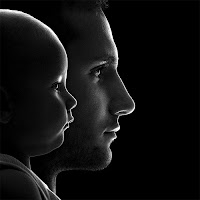 When I started work in my 20s, the retirement age for women in the UK was 60.  It's quite disturbing to me that if things had remained the same, I would be looking at working only 2 more years as a teacher beyond this current school year.  What happened was that the goal posts changed.  As the government realised that people were living longer and that their retirement pensions were having a huge impact on the budget, the retirement age gradually increased.  I'm now looking at working 10 more years until I can retire on a pension - and even then I might not be able to if I haven't managed to save enough into my retirement fund.  Is this an alarming prospect - not really because I love work.  What is scary though is that once I turn 60, or even as I approach 60, schools will no longer find me attractive as an employee.  My years of experience will count for nothing against the younger and cheaper teachers entering education.  I may need to work for another 10 years, but will I be able to?  Will another school employ me?

This is an interesting thing to think about in the light of the GRC fair (Global Recruitment Collaborative) - the first free face-to-face job fair for teachers in the world, held in Dubai last weekend.  Which teachers were most successful in getting jobs, the older and more experienced ones, or the ones just out of college with little or no experience?   While figures are not yet in to answer this question, it's certainly something worth considering as I wonder if or when is the right time for me to look for a new job somewhere closer to my family.

I read an article in the Harvard Business Review about this today.  The traditional stereotype of people in their 60s and 70s is that they are less interested in work and looking forward to the leisure time offered by retirement.  However a survey of 10,000 people between the ages of 24 and 80 showed that this is not really the case.  Many of today's 50 year olds will need to work into their 70s in order to finance their retirement, and many of today's 20 year olds could find themselves working into their 80s.

One of my mother's cousins used to work for the University of the Third Age in the UK.  This implied that there were 3 stages of life:  education, work and retirement.  The U3A was an attempt to bring learning to retired and semi-retired people in their "third age", not for qualifications but for its own reward:  the joy of discovery.  Currently there are branches of the U3A all over the UK where people come together to learn for pleasure.  There are around 300 different subjects in various fields including art, languages, music, history, computing and so on.   However even this concept is changing.  Rather than there being 3 stages of life, education, jobs, freelancing and time spent out of the workforce will increasingly become part of all stages of life.

What the HBR survey did was to find that the stereotypes we have about people of different ages just don't seem to be true.  It's not a case of young people being more interested in learning new skills and older people wanting a slower life.  Here are some of the findings;


This is the important thing:  because ageist stereotypes abound, many companies (and schools) believe that older employees invest less in their knowledge and are less excited by their work - this leads them to making the wrong decisions about who to select, promote and develop.  The call to action in this report is this:  we need to face up to stereotypes and challenge them - only then an we create workplaces where people are accepted for themselves - young or old.