Moving from best practice to next practice 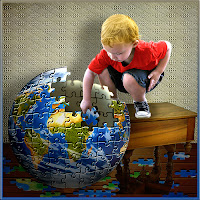 Last week I was in The Hague at the IB office, meeting about PD.  On our first day there we spent some time discussing "background" issues such as forecasts of the number of international schools, and research into the reasons why people attend PD.  One of the studies quoted was by Clayton Christensen of the Harvard Business School who characterises PD into functional, emotional and social.  We were asked to consider these questions:

Sifting through all the responses to the IB questionnaires following PD, similar trends emerge:  teachers write that they want to learn new things, improve as a teacher, help other teachers, advance in their career, and in some cases that the PD was required by the school.  They noted many benefits such as greater course knowledge, career advancement, networking and being certified for new responsibilities.  I have to say this last one is important - especially in countries where the number of IB or PYP schools is growing fast - being trained in the PYP has frequently led to teachers being "poached" by other local schools and given positions of responsibility, simply because of their experience and professional development in another PYP school.

As well as this, the growth is going to change how international schools differentiate themselves from each other. For example in Mumbai we have more than 40 international schools - each is looking for what its unique selling points will be. Many have characterised these as things like engaged and optimistic students (optimism, for example, appears in our mission statement at ASB). Many international schools also stress their global connections - in fact some are parts of global "groups" like the GEMS schools, or United World Colleges. For many of these schools their selling point is that the learning environment supports personalised learning and that the students from these schools emerge as self-directed learners both today and in the future.  Others stress that their students are multilingual and culturally intelligent.

The European Council of International Schools (ECIS) engaged the Royal Society for the encouragement of Arts, Manufactures and Commerce (RSA) to study the role of international schools in the future. This study showed that it will be international schools who will lead a new global education system, setting educational agendas and addressing the disconnect between schooling and learning. Our international schools could be a creative catalyst bringing about change and implementing what we know about learning. There should be intelligent communities - to focus on reflection both within the institution and with others - a movement away from competition and a realisation that schools are stronger together.

As the role of international schools changes, this should really affect curriculum - moving from best practice to “next practice” that combines the best of local, national and global. New pedagogies will involve strong learning partnerships among students and teachers and of course 21st century skills.  The idea is that there will be a shift from teacher centred learning (with an emphasis on product - which involves lots of plans and interventions, assessments and giving students choice only through electives) to student centred learning which focuses on process, social and life skills, and where student choice is more important than "learning activities".  And of course as this shift happens there will be tension between those teachers who are subject centred and those who are learner centred. This is an exciting time for the PYP that has placed itself in the gap between the two - and how excited I am to be a part of this change!