Resolving problems: when to paraphrase and when to question 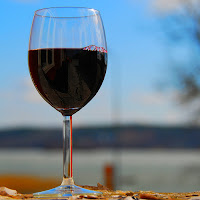 As I'm coaching teachers at school, I spend most of my time in planning and reflecting conversations, however sometimes it's clear than although I start with thinking that a teacher wants to plan or reflect on something, it can often be that during the conversation something happens that lets me know that the conversation is not really about planning or reflecting, but instead the coachee has an issue that he or she is stuck with and that planning and reflecting are not the best ways to address this.  That's the time that a Cognitive Coach will need to switch to a problem resolving conversation.

I remember at a previous school I had a number of conversations with a member of the administration where I also felt I was stuck in a problem - the biggest problem that I faced there was knowing that the school had not bought the required number of licences for the number of computers a particular piece of software was installed on.  This went totally against my principles and deeply affected my sense of integrity.  However whenever I would raise concerns about this or anything else, I was told that I was a "glass half empty" person and that I needed to focus instead on what was going well, not what was going badly. I remember feeling an enormous sense of frustration after these conversations, above all else the feeling that I was not being heard and that my concerns were not validated.  Usually I came away from them feeling worse than before.  Now that I've trained in Cognitive Coaching the reason is very clear to me: what I said was never acknowledge (which is what we call the existing state and is done using a paraphrase), what I felt was never acknowledged (instead I was told I should not feel it), and I could see no pathway forward (which could have been achieved by questioning me about what the desired state would be and what resources I might have to achieve this).

For our Cognitive Coaching bookclub, this week we are focusing on the problem resolving map.  The problem resolving map is really powerful as it can actually trigger physical and emotional changes in the brain that open you up to optimism, resourcefulness and creative energy, even when you are stuck and uncertain of what to do and feel trapped in a situation without alternatives.  The problem resolving conversation is made up of 2 parts:  pacing and leading.  A coach will pace to honour the existing state and to create awareness of a possible desired state.  Pacing simply lets the coachee know that there is no judgement on whatever he or she is experiencing.  In the previous conversations that I just mentioned, I always felt that my feelings were being denied or judged, and this led to me feeling even more stuck than I was before.  As it says in the Cognitive Coaching book, "by denying the speaker's feelings, it is more likely that the feelings stay unchanged".  Pacing reflects what is, and then makes visible what is possible.  Leading starts when the coachee has signed off on the desired state.  While pacing is all paraphrasing, during the lead the coach will mostly be asking questions.

One of the most important sentences I read in this chapter was as follows:


[We need to] set aside our desire to be consultants rather than coaches, not to be experts and fixers.  Instead the coach enters the world of the coachee with humility, empathy and compassion.

The pace and the lead belong together.  Art Costa and Bob Garmston write that leading without pacing is ineffective because most people can describe what they don't like, but often cannot describe what they want - the coach coming up with a possible goal statement helps the person being coached to see the problem differently.   The other thing that is really important about the pace is that it is not about coming up with a goal that involves doing something, but instead is about being, having or feeling.  As Art and Bob write, a goal is always about a destination, not a journey or what you have to do to get there.  And for many of us the destination can be summed up in 3 main ways:  it's about identify, connectedness or potency.    In the earlier example I gave, what it really amounted to was identity - being asked to do something that I was uncomfortable with was a threat to my sense of integrity.  Looking back now, the reason that the conversations I had at the time were unproductive was largely down to the fact that there was no pace.  The pace works directly on the emotions and (I love this phrase) "restores or refreshes the chemistry of hopefulness" so that the emotions of the coachee are validated without increasing the chemistry of defeat or frustration.

So once the pace and the goal statement are signed off, the coach proceeds to the lead.  Here the coach needs to think which state of mind needs to be awakened to deal with the wicked problem.  If questions around that state of mind don't appear to be productive then the coach can simply try asking questions around another state of mind.  It's also during the lead that you can deal with 3rd party problems.  These are ones where the problem does not belong to the coachee but to someone else. When this happens the coach needs to refocus on the coachee as you can see in the following set of questions:

However there is a benefit to the coach as well as to the coachee.  In recognizing the 5 states of mind in others, the coach also comes to recognize these states in him/herself.  For example, I have come to see through coaching others that my lowest resource is the state of mind flexibility.  Now I'm much more aware of this and consciously push myself to see things from another's point of view.  So maybe I am a glass half empty person, or maybe with the right coaching I can be a glass half full person, or maybe the glass is intended not to be full for some reason or other.  What I am sure of, however, is that digging deep into coaching not only helps others, it also helps me to think more kindly about others (as flexibility increases) and so it helps me to become a better person too.  What an amazing win-win!