Many faces of polite: constructive criticism 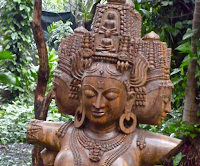 Last year at school, in a meeting reflecting on the start of the year, I made a comment about how off-track we seemed to be with our first PYP unit.  It was made in the spirit of "let's find out what went wrong so we can do better in the next 5 units", but this did not go down well with some of the other members in the meeting who took it as a personal criticism.  I've been puzzling about this ever since, since I do feel it has impacted my relationship with these people in a negative way.  However, having read through Chapter 2 of the Culture Map, which is all about providing negative feedback, I have gained some insight into what went wrong and why.

I blogged recently about the Communicating Scale, and how some cultures are low-context while others are high-context.  To add to this is the following complication:  some cultures which are low-context (and so very explicit when explaining things) are still very indirect with negative criticism.  Other cultures, which are high-context and expect people to "read the air" between the words they are saying, can be very direct when telling you what is wrong.  The thing is this: all cultures believe in constructive criticism, yet what is considered constructive in one culture may be viewed as destructive in another.  To some people, speaking frankly and getting honest feedback that they can build on is a gift, but to others it's a slap in the face.  Having spent 17 years living in the Netherlands, I'm most definitely one of those people who believes in saying what you mean.  However, I've learned through Cognitive Coaching that sometimes giving feedback and suggestions inhibits a person's capacity for self-reflection - and in that situation the advice is rejected.

Another thing I learned reading this chapter is to listen out for the upgraders and downgraders that people use with negative feedback.  An example of an upgrader is something that makes negative feedback stronger - for example words such as absolutely or totally (as in "this is totally unprofessional").  This sort of language is used by direct cultures such as the Dutch.  Other cultures use downgraders such as a little, maybe, a bit which means the feedback is understated (as in "we're not quite there yet").  I had to laugh at the comparison between the British (who use downgraders) and the Dutch (who use upgraders) and how the meaning can be different.  For example a British person saying "I was a bit disappointed" actually means "I was upset and angry" whereas a Dutch person hears that as "It didn't really matter."  Another example is that when a British person says "I would suggest ...." it really means "This is an order - do it" whereas a Dutch person hearing this would think "do it if you like."  One of the funniest examples (and so true) is the expression "Please think about this some more".  For a British person it means it's a bad idea - don't do it, whereas for a Dutch it means it's a great idea, keep doing it.

Chapter 2 deals with the Evaluating Scale - how direct people are with negative criticism.  Europeans are mostly direct (in particular Dutch and Germans) whereas Americans are much less direct - and the Japanese even more so.  This helped me to think again about the meeting where I offended the 2 Americans by my forthright Dutch opinions!  To Europeans, the American mode of giving feedback, sometimes called the sandwich as it contains positive message - negative message - positive message, comes across as false and confusing.  As the Dutch would say, "We are here to do our jobs and do them well.  We don't need our colleagues to be cheerleaders." (this explains why I absolutely hate being told I have to be a cheerleader for something that I obviously don't believe in!)  However I have come to see that I do need to soften my feedback when speaking to Americans - to be more "polite" if you like, and instead of using an upgrader ("it was a total disaster") to use a downgrader ("it was a bit of a disaster").

Ho hum ... onto Chapter 3 which is about persuasion in a multi-cultural world.

Image is my own - taken at the SMART Nature Park.
Posted by Maggie Hos-McGrane at 7:09 PM

Email ThisBlogThis!Share to TwitterShare to FacebookShare to Pinterest
Labels: Culture