Going shopping for a new school 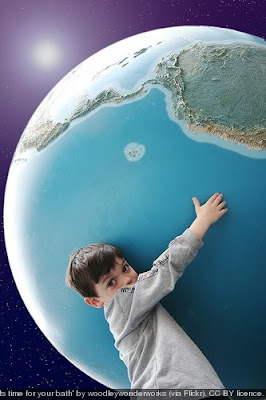 I have just read Kim Cofino's new blog post, where she mentions her checklist of requirements when considering moving to a new school. It made me reflect on my own "shopping list" that I made last year when I was also looking to move schools.
Five years ago, when I attended the Search recruitment fair, I had narrowed our choices down to 30 schools in the entire world where I would be prepared to work. My criteria at that time were not so strict (for example location wasn't so important to us then). Now, with such a limited target, there was no way I was going to consider attending a recruitment fair this time round, therefore it was a matter of approaching schools I was interested in directly to see what they had to offer and if, in fact, there were any openings for an IT teacher - and this time I was down to just 7 schools! Eventually, after approaching all 7 I was down to just 4 schools that fit the bill, and 2 of them I later rejected for financial reasons. At the same time, we thought it was important to consider what our 15 year old wanted from a new school. She had just 2 questions for me to ask schools:
So, one year on from making that choice, how are we doing? Well I accepted a job in Switzerland, right in the centre of Europe. Salaries are high, the cost of living is high, the standard of living is high, the quality of living is superb. The school does all 3 IB programmes, though it is just in its 2nd year of offering the IB, and is still undergoing accreditation for MYP. Our daughter plays football (as well as volleyball) and studies Spanish. We are definitely very welcome as a family - there is no issue with dependents at school and there is even a child allowance for our son (at university) and daughter (at school) which amounts to 650 Swiss francs a month. I have come up with ideas for a job description that involves working on curriculum, communication and collaboration, staff training and support in addition to teaching (though I'm still waiting to hear if this will be accepted) and I'm starting on a flexible schedule when I'm back at school after the Christmas holidays. I have written a 3 year plan of how to integrate technology to transform learning. We are moving in the right direction but it's possibly too soon to say whether or not we hit the jackpot or whether I'm about to go "shopping" again in 2 years time once our daughter has graduated from school and is at university.
Posted by Maggie Hos-McGrane at 7:13 PM