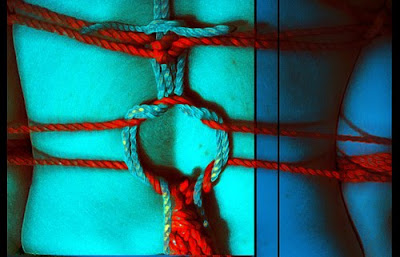 A couple of years ago at my old school two boys failed their IB for "collusion". This was a dishonourable fail, which meant both had to come back and re-do all their exams again the following year. These boys had collaborated together on an internal assessment. As we delved further into what had happened, it was clear that one boy had shared his work in a spirit of cooperation, whereas the other boy had used this information, submitted it and jeopardised both of them. Although the students had been told over and over again that cheating was completely unacceptable, the message they had also been given over many years of schooling was that of working together, cooperation and collaboration were to be admired. Perhaps they just got too many mixed messages.
Today I was looking at Carl Anderson's blog post about FRONTLINE's Digital Nation. In this post was a clip with Henry Jenkins talking about the internet and schools. He says the internet is based on a world of collective intelligence - we learn from each other. Nobody knows everything, everybody knows something, but what we all know is accessible to the social network as a whole. On the other hand schools are still based on the notion of the autonomous learner. Most forms of collaboration in the classroom are regarded as cheating.
Perhaps it is time to start thinking more seriously about the way we evaluate our students and how we value (and measure) collaborative work. Does a 3 hour exam where students have to regurgitate all they know really show more about their abilities than a long-term project worked on as a team? Isn't that more what real life is about, and aren't these the skills that students will need to be successful in the future?
Photo Credit: A Zed and two Noughts by Naccarato
Posted by Maggie Hos-McGrane at 3:34 AM