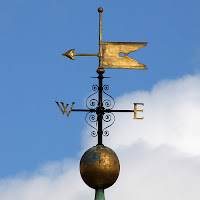 I was looking for a couple of documents on the IB Online Curriculum Centre today as I needed to download them to take on my Workshop Leaders Training next week, when I stumbled across a recent document by George Walker where he discusses whether the IB is too closely associated with Western values.  As it happens I had been having the same conversation with a friend on Sunday, a teacher who used to teach MYP and DP but who has now left international education.  The question asked was how appropriate the IB Learner Profile and the PYP attitudes are for non-Western students.  The IB is committed to promoting international mindedness and some of the PYP attitudes promote respect and tolerance, however that aside many of the values are certainly more Western than Eastern.  In some societies independence, for example, or risk-taking are just not very highly valued.

George Walker suggests that courageous might be a more appropriate word to use in the Learner Profile than risk-taker.  While many see courage as bravery, strength or endurance in the face of adversity or the ability to do something hard despite pain or fear, the word actually derives from a French word meaning "heart".  Thinking about it, the word risk also implies some sort of danger and the possibility of  unpleasant or unwelcome consequences.  Applied to learning, the attribute of risk-taker is defined by the IB as someone who can approach new situations with forethought and who is not afraid to explore new roles, ideas or strategies or to express and defend his or her beliefs.

At the end of all this, I'm not at all sure which word would be a better one to substitute for risk-takers, however I do agree that the IB promotes more Western values and attitudes than Eastern and that if the IB is really to promote international mindedness these issues will need to be addressed.

Photo Credit:  Weather Vane by Leo Reynolds
Posted by Maggie Hos-McGrane at 1:04 AM

Email ThisBlogThis!Share to TwitterShare to FacebookShare to Pinterest
Labels: IB