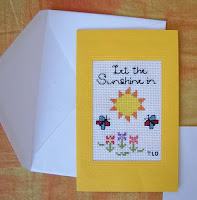 I was talking to a colleague in the week about a recent study that has just been published showing that students who are the youngest in their class at school are most likely to be misdiagnosed with ADHD and inappropriately treated with Ritalin, as their immaturity is mistaken for hyperactivity.  In Canada, for example, where the school year coincides with the calendar year, boys born in December who are almost a year younger than others in their class are 50% more likely to be treated for ADHD than those born in January, at the start of the school year, and girls born in December are 70% more likely to receive this diagnosis.

Today I was reading a similar statistic about the huge numbers of NHL players who are born in just 3 months of the year.  Twice as many NHL players are born in March as December.  These findings reinforce the trends seen above - those players who are born just after the cut-off date are playing in the younger leagues where they are the biggest and strongest, most "mature" players and therefore tend to do better than the others.  Once they are seen to be "better" they get more play time and more coaching, which makes them even better.  The important thing is that these players also come to believe they are better and dream big dreams of success.  Other players who don't receive so much encouragement, often give up their dreams.

Seth Godin proposes an alternative strategy:  change teams from a focus on winning to a focus on teaching players about effort, opportunity and teamwork.  Develop all the players, not just the strongest (and leaving the remaining members on the bench for most of the time).  This is a hard one for coaches I imagine.  At school we receive almost weekly bulletins about how the sports teams are doing.  Coaches are expected to coach their teams to win and, at some levels of the school, everyone is expected to coach something.  I know there are many people who think it's good to be competitive and to strive to win at sports, and I also know that I've enjoyed watching my own children play on their various sports teams (basketball and volleyball) but I often wonder about the desire for a few to be "winners" at the cost of the rest, especially as statistics seem to indicate it's the bigger/stronger/older kids who are most encouraged to get better.

It makes me glad that I'm teaching in primary where I run the needlework club.  I think it's definitely the best club there is - everyone's happy, everyone makes something lovely, everyone works at his or her own level and thankfully there's no competition.

Posted by Maggie Hos-McGrane at 10:51 PM