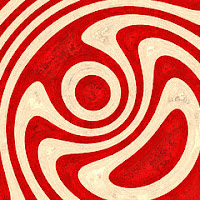 Every school has a culture, and much of what is part of that culture is unwritten, what used to be called "the hidden curriculum" when I first started teaching and it included things like whether students stood up when a teacher entered the room, or if they had to walk on a certain side of the corridor.  There were schools where you always addressed teachers as "Sir" and "Miss", others where you used their last name and others where you used their first name.  There were unwritten rules for teachers too.  In a simple example, in one school I worked you had to bring in your own mug which you used when you wanted a cup of tea or coffee.  If you didn't bring a mug, you didn't go to the cupboard and take someone else's.  In another school there were a variety of mugs which possibly had belonged to someone at one stage, years ago.  In this school you grabbed any clean mug from the cupboard and used it, and when you were finished you washed it up and returned it to the cupboard.  Both systems worked like a dream, but you did need to know the system.  It would not have been good in the first school, for example, to be drinking from someone else's mug in the staffroom if he walked in and wanted to make himself a drink.

When you move to a new country there is also a difference.  In some places I've lived I've been a "hidden immigrant" because I look the same as everyone else in the country - because of this people expect me to "know the rules" and to act in the same way.  This is easy with some things (clothing, food etc), but harder in others (for example greeting people or saying goodbye, do you shake hands, kiss, kiss twice, kiss three times - each of these has been a norm in different countries where I've lived). In other countries I'm obviously the foreigner.  People expect me to act differently and I'm just seen as a bit of an oddity - for example I cycle to school here in India which is definitely strange, whereas in Holland this was completely normal.

This weekend we ran a 1:1 Institute for new teachers who will be joining us as ASB next school year.  Our Superintendent, Craig Johnson, talked about unwritten rules and shared a few.  He came up with these unwritten rules by asking the present faculty what they thought the rules were.  I'm copying a few of my favourite ones below:

After this he did an interesting thing - he asked the new teachers what they hoped would be an unwritten rule here at ASB.  Again I'm pasting some of my favourite quotes from the new teachers below:

We had a very busy 3 days.  The new teachers were involved in classroom visits with the teachers they are replacing as well as their transition buddies.  They got to see apartments where they will live.  There was a business fair where they could get organized with phones, bank accounts and so on.  We had sessions on using technology, "speed-geeking", innovation, 21st century skills, culture shock and so much more.  We took them out to local restaurants, we organized tours of the local area, shopping malls and downtown Mumbai and they had to produce a presentation to share with us on the last day.   And all of this happened more than 3 months before any of these new teachers is officially employed by the school - they will arrive in July and we want them to hit the ground running.

Looking at the feedback we received it's clear that these 3 days were very much appreciated by our new teachers.  ASB flew them here, put them up in a hotel, and in some cases even paid for substitute teachers at their current school to make sure that everyone could attend this institute.  I don't know of any other school in the world that does this to transition new teachers to their school.  For most of the new teachers it has confirmed their decision to move to ASB and India - they are excited and looking forward to the professional and personal opportunities that are sure to come their way. So I am going to end with my very favourite quote by one of these teachers about what coming to ASB will mean:

We are pushed every moment of everyday at this school to be better, but that push is met in equal force with support, making success possible, and the process enjoyable.I am, in my 12th year of teaching, going to be a 1st year teacher all over again in so many ways.

Photo Credit: Patrick Hoesly via Compfight cc
Posted by Maggie Hos-McGrane at 10:14 AM