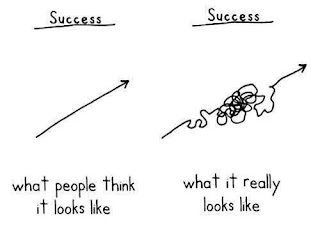 We finished Day 1 of the Design Thinking workshop yesterday thinking about the Define stage of the framework.  This morning we were able to get back together as a team and talk about all the people we connected with at the Empathy stage and come up with one user with needs that we would attempt to design for.  We came up with the following:


Young, single, female, medical resident in general practice needs to purchase a quick, portable, high energy food/drink/meal/sustenance to get her through the rest of her long, busy day because she works long hours, has no time to make a meal and no place to eat it at her clinic and because she is currently making poor health choices that she would advise her patients against.

Reflecting on this stage I would say I found it hard not to think of a solution for her immediately, but just to focus on the definition of the person and her needs.  I also found it hard to limit myself to just one of the people I interacted with yesterday as so many of them had needs which were very diverse.  What I was doing was trying to solve the the problem before I had fully defined it.

The next stage of the process is Ideate.  In this  stage our team started to consider how we might come up with questions that would help us to design to address the needs of the user.  We called this part of the process "How Might We ..."  We looked at her specific needs (time, portability, high energy foods, place to eat, healthy choices) and brainstormed these into HMW questions.  We then wrote each of these questions onto a separate piece of paper and then each member of the team brainstormed different ways that we could design to meet these needs.  Our instructions here were to defer judgement, have one person in the team speak at a time, go for volume, try to be visual, build on the ideas of the others and encourage wild ideas.  We came up with a huge number of different ideas and then we looked at them all and each chose the 2 that were most likely to succeed, the 2 that were most likely to delight, and the 2 that would be the biggest breakthrough.    Eventually based on the voting we decided we'd try 2 prototypes.

The idea of prototyping is to turn your idea into something that will allow feedback.  We were told it was important to fail often and early in the prototype as this is the most cost effective as early in the process little time, effort and money would be wasted.  We therefore split into 2 groups - one group was designing a modular system for getting healthy food/snacks into a basket.  Food could be labelled or colour coded to fit into the different sections of the basket.  Each module would have a QR code on it that could be scanned.  The second group was designing a smartphone app that would use the information inputted from the QR code.  It was a way of gamifying eating.  The app would have 3 sections that would deal with the nutritional value of the food including the energy, a section on physical fitness and another section on the mind including music.  The app would record what was eaten, how far the person walked and could give simple reminders about taking quick breaks, stretches and so on.  As well as the 3 buttons, there would be a visual avatar showing how fit you were based on the information inputted, and a button that you could click to get advice if your avatar was seeming less fit and energetic.

Having made the prototypes we then showed them to various volunteers to try out to get feedback.  We got new information about how the products worked and how people perceived them, which we could use to change the product.  A lot of the feedback involved listening (in the same way that the Empathy stage did).  We wanted the volunteers to interact with the prototype while we observed them and answered their questions.  This let us know what the users liked, what they didn't like and that we could change and so on.  This brought us onto the Reflection stage which let us think about what we had done well and what was challenging that we could improve on.

The day ended with our own challenge - how could we take what we have learned about design thinking back to our schools.  It was good to talk about with with the rest of my colleagues at ASB.  More about what we can take back in the next blog post.

Getting back to the image at the top of this post - which by coincidence I saw tweeted out on Twitter today.  Success is not a straight line thing, or even a circular process.  What we discovered are that there are a lot of kinks along the path and that sometimes you have to go backwards in order to move forwards. I'm excited to think more about how design thinking can be applied in education - to design new schools, learning spaces, courses and so on and to use with our existing curriculum as a way of teaching creativity and innovation.
Posted by Maggie Hos-McGrane at 3:22 AM