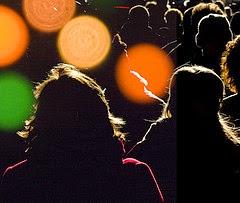 Ten years ago, when I wanted a new job in an international school, I signed up with a recruiting company and attended a job fair.  I found the experience to be expensive, time consuming and not particularly positive in terms of my self-esteem as a teacher, and although I ended up accepting a great job in an excellent international school, I decided I wouldn't go that route again.  The next time I started to look for a new job I took a different approach and contacted schools directly.  Email contact eventually let to interviews on skype and job offers.  While I was happier with the process, I ended up at a school I'd never really heard of, and even though I did as much research as possible on the school website, it was still a terrible mistake.  Moving on from there, I found the job I have now on Twitter.  It seems crazy to say this, but my first contact with the school was in response to a tweet from them.  This time around I had better  and more personal information, I skyped with teachers who worked there and met face to face with someone who had worked at the school several years previously.  I also visited the school six months before moving to India as the school flew me out to ASB Un-Plugged.  I was determined never to make a mistake in choosing a school again and happy that my new school matched my philosophy of education and my values.

This past weekend I've been co-leading an IB Continuum workshop in Singapore with someone I first came into contact with on Twitter, which made me reflect on how social media has opened many others doors to me too.   One of our workshop guests who skyped in was also someone I had first contacted through Twitter.   All in all, a huge number of opportunities to give and receive PD has opened up through social media, including training to be an online workshop leader and a school visitor.

Last week I was involved in a discussion at school about the possibility of starting a virtual job fair.  We already know that good international teachers are very "picky" about where they want to go and who they want to work with.  We also know that a personal recommendation from a leading educator in a good school is worth much more than any number of open testimonials, references and glossy websites.  We discussed the possibilities of starting with a small group of hand picked schools and their teachers, and opening up a virtual job fair very early in the recruitment process (certainly before all the face to face ones start).  We thought that our teachers who have decided to move on would welcome a head start in the process with good schools that have been personally recommended because of their mission, technology and approach to 21st century learning, and we thought these schools would also welcome an early look at our teachers, and those from other top schools who also want to get involved, to get in early before the craziness of the job fairs kick in.  Ultimately our goal would be that good teachers and good schools wouldn't need to waste time and money on traveling to job fairs, but that they could go through the whole process online and cost free.

I dipped into a book called The 2020 Workplace today.  It's a book about how innovative companies attract, develop and keep tomorrow's employees today.  I was reading about how huge numbers of companies (but not really schools yet) use LinkedIn, Facebook and Twitter as a tool for recruitment. Social recruiting is a practice that leverages social and professional networks both online and offline, from both a candidate's perspective and the hiring side, to connect to, communicate with, engage, inform and attract future talent.  Reading this made me realize that we are on the right track.

I think that a virtual job fair could be really attractive for teachers who are proactively seeking new schools and for schools who want to easily reach a global teaching talent pool as efficiently and effectively as possible.  The ball is going to start rolling soon.  Let's see where it ends up.