Lifeschool adventures of a lost student 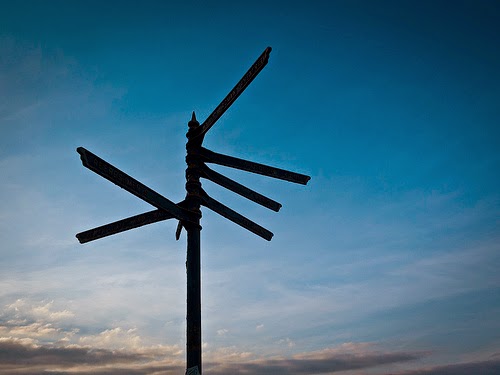 School is one thing. Education is another. The two don’t always overlap. Whether you’re in school or not, it’s always your job to get yourself an education - Austin Kleon

This quote comes from the book Steal Like An Artist, which I started reading this week. This week I also had the pleasure of having lunch with the newest member of ASB’s R&D team, Abhishek Shetty who spoke to me about his experience of education and his ideas about a Lifeschool.

Abhishek talked to me about his early life in Bahrain. He told me that up to the 10th Grade he was not a good student, however he then got the idea of studying what the “good” students did that was different from the rest and applying this to his learning in Grades 11 and 12 - and that this both led him to become successful academically and to find learning more enjoyable. So much so, that after Grade 12 Abhishek wrote a book about academic excellence to share these ideas with others. This book, published in January 2013 is entitled Academic Excellence … The Start of the Learning Revolution. Abhishek said his aim in writing the book was to show students how they can fall in love with their subjects and become great students who do well in exams.

At this point Abhishek said he still believed the most important thing about learning was getting good grades. After school he went on to university in Mumbai, spending a year doing Media Studies. He said he didn’t plan or do much research prior to starting the course and so became quickly disillusioned. As a consequence he did not do well. Abhishek came to realize that he had never really thought about what he loved doing. He decided that what he had to do was to apply his knowledge to add value to the world in order to be happy. At this point Abhishek described himself as a “lost student” and decided to take a gap year.

And what a year that was! At this point Abhishek developed the idea of Lifeschool. He felt that every experience he had could be a lesson, every person he met could be a teacher, and everything around him could be a learning tool. In 2013, he therefore decided to take matters into his own hands. He spent 6 months doing a tour of India, followed by 6 months of studying the history and evolution of learning from around the world. During this time, Abhishek tried to spend time in as many different educational institutions as he could. In order to get invited into schools and colleges he realized he needed a “product” to share - and so he developed the Empower One Billion youth movement, focused on the message that every student is special, unique and meant for greatness, and started visiting schools in Mumbai to talk to students about putting thought into what they were studying.

In his blog, Learning is Beautiful, Abhishek writes that he “wanted to fall in love with learning again and decided to attend every conference I could, meet as many new and interesting people as possible and read everything I could. It was a learning adventure like no other.” During the year he read 500 books and watched 1000+ hours of video. However he said the most important part of that year was that “I finally got a chance to spend some time with myself. I got a chance to look within and reflect on some of the deeper questions of life.” He studied Indian and Greek philosophy and considered the role of teachers as guides in helping students move from information, through knowledge, to wisdom.

Abhishek is now studying psychology and English Literature. In ASB’s R&D department he is working on the Lifeschool philosophy and is exploring future prototypes to inspire students to fall in love with learning and then use that skill to create products and services of real value to the world.

Posted by Maggie Hos-McGrane at 4:44 PM

Email ThisBlogThis!Share to TwitterShare to FacebookShare to Pinterest
Labels: Research and Development, Teaching and Learning