How good do you want to be? 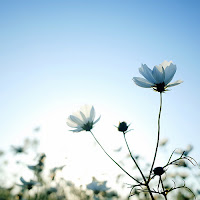 Over the Easter weekend I've been dipping into some more professional reading - books that I've had sitting on my coffee table for a while, waiting for the opportunity (time) to start on them.  One of them was a very quick read, but I've done a lot of thinking since - it was the book It's Not How Good You Are, It's How Good you Want to Be by Paul Arden.  Here are 3 gems taken from this book:

1.  Do not seek praise - seek criticism.  I think that often what stops us doing our best is that we are praised, think we are doing something good, or maybe that everything is OK, and we stop at that point.  As Jim Collins says "good is the enemy of great".  Instead we should ask "What's wrong with it?  How can I make it better?"

2.  Do not covet your ideas - give away everything you know and more will come back to you.  Paul Arden points out "they aren't your ideas anyway, they're someone else's.  They are out there floating in the ether.  Ideas are open knowledge - don't claim ownership."

3.  The person who doesn't make mistakes is unlikely to make anything.  Arden writes about a company he previously worked for saying,  "you would not be fired for being wrong, but you would be fired for not having initiative."  And while we are on the subject of getting fired, Arden tells us he has been fired 5 times and each time his career took a step forward.  Whereas at one time this would have been a negative on your CV, now some employers see it as an asset because it shows initiative.