Being in touch with reality: truth - Integrity part 4 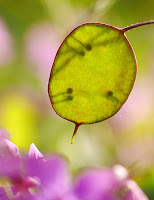 This series of blog posts continues my reflections on our summer reading book Integrity by Dr Henry Cloud. Cloud identifies the 6 character traits that define integrity.  The first one, the ability to connect with others and build trust, was the subject of my last post.  For this post I'm focusing on the character trait of truth.

It's impossible to consider integrity without also considering truth and ethics, as in our dealings with others we value honesty.  However as Cloud points out, the reality is that some good people will tell lies when it helps them, or in other cases may simply just skirt around the truth by leaving out things that are really important for people to know.  Let me give you an example of this.  Several years ago when I was applying for a job, one of my criteria was that my new school would offer all 3 IB programmes.  I was eventually employed by a school that did appear to do all - however what I discovered when I arrived was that the IB DP was only just starting - it was in its first year when we arrived - and that the school did not externally moderate the MYP.  The result of this was that our daughter was unable to be awarded an MYP certificate, despite the fact that she had completed 4 of the 5 years of the programme at her previous school.  Was I lied to?  Not directly.  Were we told less than the truth?  Definitely.  Did this impact her?  Likely - as when completing her university applications she had no qualifications to add onto the application form, therefore was given higher offers by her universities, which ultimately meant that she did not go to her first choice of university.  Had we known the full reality of the situation upfront, I would certainly have accepted one of the other jobs on offer.

Integrity means telling the truth no matter what the cost.  In fact, being truthful is more important if we tell the truth even when it hurts us.  Ultimately hiding the truth because of a fear of negative impacts usually leads to even more negative consequences than if we had simply told the truth.  Cloud writes, "the consequences of deceit are usually greater than the ones of the truth."

However, just like being nice is not enough, telling the truth is also not enough.  What is needed is to go beyond this and to face reality - to actively seek out and be in touch with what is true, not simply what we wish things could be or think they should be.  As Jim Collins writes in this book Good to Great, "you absolutely cannot make a series of good decisions without first confronting the brutal facts."  And this means seeking out the truth, which is hard because, as the saying goes, you don't know what you don't know.  There are some honest people who simply don't take active steps to find out more about what reality is.  Those who seek the truth do so by considering the both the external world, and soliciting feedback about their strengths and weaknesses that will help them to grow through building on their strengths and managing their weaknesses.

People who have little self-awareness are often dysfunctional.  Sometimes people don't want to "look inside" because they fear what they might see, or because they have a fixed view of themselves.  Sometimes they might fear that they lack the skills to deal with what they might find, or they might discover that they need to make fundamental changes in their life.  However as Cloud writes, "the character who seeks reality about himself or herself has the courage to embrace whatever reality he finds."

Finally people who seek the truth, also seek it about other people.  They are cautious in their friendships and business dealings and first seek to know a person clearly so that they don't overestimate or underestimate him or her.

An interesting concept that Cloud writes about is the way we need feedback not just from others, but from ourselves - in this way we can observe and monitor our behaviour as it is happening, and that allows us to do something about it so that we can stay on track.

During Day 4 of our Cognitive Coaching course, we looked at data - being the 3rd party in any discussion.  Data is neutral and exists separately from emotions.  Truthful people also have the ability to look at the facts separately from the emotions or from the personal opinions of themselves and others.

Reflecting on past dealings with competent people, but those who did not connect with reality, reminds me of someone I worked with in a previous school who was looking at technology in the present only.  While I was wanting to use more Web 2.0 tools, he was telling everyone that cloud computing was going to fail.  He was not informed about the trends that were taking place in the world and the new information I was sharing was a challenge to his rigid view of the world. Anything I shared was pushed back or ignored.  He could not and did not want to see new ways of doing things. Cloud writes that there are many reasons why people ward off new information - sometimes it is arrogance, sometimes it is pride, sometimes it is anxiety and fear of adapting to new realities.  And the consequences of this were huge:  many great people found they could not work with this individual and left.

This brings us onto the next character dimension - getting results.  In my case I moved to a school that is forward thinking and known as an educational leader in technology and research and development.  People come to us to see what we do, we present at conferences, host conferences, write blogs, publish books.  We are moving forward.  We are getting results.  More about this in my next post.