Getting results and learning from failures – Integrity part 5 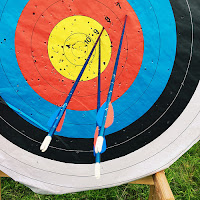 This is another post in my series based on our summer read Integrity by Dr. Henry Cloud. In this book Cloud explores the 6 qualities of character that define people with integrity. Previous posts have considered trust and truth and this post will look at results.

Dr. Cloud writes that a lot of people know the “what” of their work but even so do not manage to produce impressive results. Often they find this hard to take, because they work hard, and yet others always seem to do better. He asks what is the missing ingredient? And concludes that there are patterns to the way high producers operate – they work in different ways from those who just work hard. His conclusion is that “all things being equal, character wins”.

According to Dr. Cloud, the big difference is one of identity. He writes that people who do well in life know their boundaries, what they like and don’t like, and what they believe in and value. Part of their identity is knowing what they are good at and what they are not. Because they know this, they don’t just work hard, but they only work at things that have a chance of succeeding. These people are not ruled by others’ expectations but have found out who they really are through experimentation and risk taking. If people are afraid of failure they stay within their comfort zone and don’t try anything new.

Cloud also writes about knowing your limitations and not trying to be seen as more than you actually are. It’s all to do with being humble enough to admit what you are not good at, and so not trying to work in those areas – because of this these people perform poorly less often: they stick to what they are competent at and surround themselves with people who are good in the areas where they are weak.

Cloud’s mantra for success is Ready, Aim, Fire. Being ready means being prepared and able, and also not jumping into opportunities before you are ready. He writes that “when you look at truly successful people over the long term, they do not make impulsive, rash decisions.” The example that comes to mind on this is the much written about Stanford University marshmallow experiment conducted on 4 year olds about the ability to delay gratification, which turned out to be a better predictor of achievements than IQ. Getting ready is also what Jim Collins refers to as “sharpening the saw”.

Aim is to do with focus on purposeful, goal-orientated action. Again the focus is to do with knowing your own limits. Many people are good starters, but then become distracted and the quality of their work and achievements suffers. Cloud writes, “a focused dropping of continuous water can drill a hole in a rock, but much more water in a scattered shower will do nothing.”

Fire means taking the risk and making the move. If the first 2 steps are in place, Cloud writes this is the difference between an investment and a gamble. What often gets in the way of making a move is also a character issue: fear of failure, rejection, disapproval, anxiety about unknown outcomes, loss of security and so on. It takes a strong mindset to see problems as issues to be solved, so that people can meet the challenges that occur.

It’s also good to know when enough is enough, and to let go of something that is not working. If something cannot be fixed, it is time to let it go and put it into the past – but also important to look back and learn from it so that mistakes are not repeated. In Cognitive Coaching, when we have a reflecting conversation, a lot of the time is spent exploring and analyzing causal factors so that we can construct new learning. It’s important to face failure and ask what kind of personal growth is needed so that this doesn’t happen again. Cloud writes, “Taking in the good parts of a losing experience means that we learn what we can from the experience and take that forward … through persevering and continuing to go forward we develop strength, patience, hope, optimism and other important character traits that we will need to make things succeed.”


Facing failure, however, isn’t enough. High performing people are also able to let go of things that ARE working, if they are not the best things. They let go of things that take up time, energy and resources that may be good, but that are keeping them from the best things. Or as Jim Collins would say, “good is the enemy of great”. You have to shed your old skin to make room for the new one.