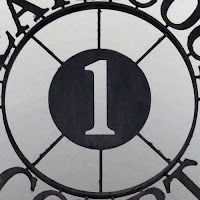 Following our R&D Meeting today I searched for Jeff Bezos's letter, published a few days ago to Amazon shareholders, about keeping a company great.  He sums this up as a Day 1 approach, and writes that he's been reminding people that it's Day 1 for a couple of decades.  He writes:


Day 2 is stasis.  Followed by irrelevance, Followed by excruciating, painful decline. Followed by death.  And that is why it is always Day 1.

I've been thinking about this in terms of schools.  Today I was talking to a colleague who told me the next move she makes will be to a "tier 2" school.  She talked about the pressure of being in a tier 1 school, and the toll it takes on her life and family.  However I disagreed.  Having once worked for a tier 2 school I realised how much it sapped my energy being mediocre.  I don't think I'd ever choose to work at a tier 2 school again.  But then I started to think about how schools change - some become much better and others stagnate.  And I started to make the connections between tier 1 schools and Bezos's ideas about staying on Day 1.

Bezos writes that when companies become Day 2 organizations, the decline happens in slow motion - it could take decades, but the final result (decline/death) would still come.  How does a school or a company keep the vitality of Day 1?  Bezos's answer to this is to experiment patiently, accept failures, plant seeds, protect saplings and double down when you see customer (student) delight.  He also points out that the outside world can push you into Day 2 if you won't or can't embrace powerful trends quickly.  He writes, "If you fight them, you're probably fighting the future.  Embrace them and you have a tailwind."

Last week at ASB we hosted a showing of Most Likely To Succeed, a documentary about education and curriculum reform.  The movie explains that our school system was designed over a hundred years ago to produce a workforce for the industrial age, which prized conformity and standardization.  Today the same education system is crushing the creativity and initiative that young people will need to thrive in the 21st century - one where automation is likely to do away with many white-collar as well as blue-collar jobs.  Basically the message is that American schools are failing their students, leaving them without the ability to think critically, and unable to contribute to an innovation economy.  And to be honest American schools are not doing too well on standardized tests either:  the USA is ranked at 24th in the developed world for reading and 36th for maths (well behind countries such as Estonia, Vietnam and Poland) - in fact the maths scores in the USA are actually declining!  In Bezos's terms, American schools have already moved into Day 2 (or possibly Days 3 and 4 if these are associated with irrelevance and decline). And my question is, are international schools doing any better, or are we still pushing forward with an irrelevant curriculum, based on knowledge and skills that are no longer valuable?

For those who haven't seen it, here's the trailer for Most Likely to Succeed.