Women in leadership and the imposter syndrome 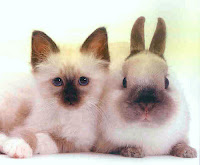 This morning I was talking to our school counsellor, and she mentioned something to me that I had to go and look up - it was the term "the imposter syndrome".  People experiencing this feel that they do not deserve the success they have achieved, along with a persistent fear of being exposed as a "fraud".  The term was first coined by Clance and Imes in 1978, and apparently is particularly common among high achieving women, many of whom believe they are not intelligent and that they have been over-evaluated by others, and these beliefs lead to them undermining their achievements, discounting praise, overworking and perfectionism.

People who exhibit the imposter syndrome often overwork to avoid the fear of being "found out"; sometimes they work 2-3 times as hard as others, leading to burn-out and sleep deprivation.  Feelings of being phoney can also lead to giving people the answers they believe they want, which then increases the feeling of being a fake.  Gifted women often don't react well to praise or recognition - they may attribute this success to charm, not to ability.  Because of this someone with the imposter syndrome tries to avoid showing any confidence in his or her abilities, fearing rejection by others.

As I dug a little deeper, I came across an article in Forbes that categorises people with the imposter syndrome into 5 types:

As I read through this I immediately recalled a Women in Leadership session I attended at the NESA Conference in April that was led by Laura Light of International Schools Services.  Laura showed a 4 videos presented by Joan C. Williams, Distinguished Professor of Law and Director of the Centre for WorkLife Law at the University of California.  She is the co-author, with her daughter Rachel Dempsey, of What Works For Women at Work:  Four Patterns Working Women Need to Know.  On my return to school after the confererence I was able to lead a session on this at ASB.  These four patterns are as follows:
Following on from the conversation with the school counsellor I looked back at this blog and asked myself how did I fail to blog about this really important issue (and to share these great videos)? And do any of these biases that Joan Williams identified match with the imposter syndrome? Therefore my next post will be about the patterns that women experience at work and how to deal with them.