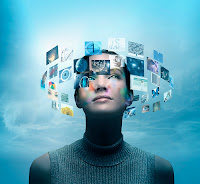 Some time ago, when I did an Adaptive Schools workshop,  I learned a protocol for bringing a group to consensus.  I've used this protocol a number of times with teachers and also with students, for example to narrow down the options for the PYP Exhibition, and in fact I've found it pretty useful.  However a different perspective about consensus was presented in the Culture Map:


Consensus fails to satisfy anyone's desires, but it does so equally, and so it's accepted.  It is through seeking consensus that we get mediocrity.

Again, whether or not you value consensus is largely cultural.   Often egalitarian societies value consensus, however I was interested to read that the United States is very different in this respect as it combines an egalitarian ethos with a top down approach to decision making.  One person (the boss) makes decisions quickly on behalf of the entire group.  And yet a decision made in this way isn't always binding.  Europeans are surprised to find that "for Americans a decision is simply an agreement to continue discussions".  Germans, for example, see decisions as a final commitment to move forward with a plan, and therefore find constantly bringing in new data and suggesting different paths forward is frustrating for them.

Adaptive Schools teaches about the difference between dialogue and discussion.  In a nutshell, dialogue is where members of a team inquire into their own and others beliefs and values.  It's not about decision-making but more about listening to others.  Often poor decisions are made when there is not enough dialogue to build understanding, but instead a rush to action which leads to conflict. Misunderstanding is at the bottom of most group conflict, so going slowly during dialogue, can mean that when it's time to discuss and make a decision things can go quickly.  Discussion, on the other hand, is more concerned on action, making decisions and coming up with solutions.  Sometimes decisions are made through voting or trying to come up with consensus, but without prior dialogue these decisions can be low quality and simply represent the ideas of the most vocal people in the group. These decisions are not ones that the group as a whole has committed to, and therefore often don't stay made.

I'm interested in the fact that Adaptive Schools originated in the United States, a very top-down culture as far as decision-making is concerned.  I'm looking forward to discussion this discrepancy in our upcoming Culture Map book group.

Email ThisBlogThis!Share to TwitterShare to FacebookShare to Pinterest
Labels: Culture