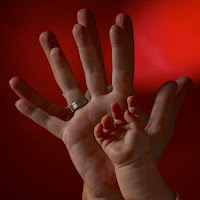 During my 30 year teaching career I've worked with some of the most challenging communities as well as some that are very wealthy, and one thing I've come to appreciate is that things are not always what they seem.  In my last post I wrote a little about my impressions of working in a mining community during the miners' strike of the 1980s, and about the challenges faced by the students in my class.  As I read further in Narrowing the Attainment Gap, many of these students spring vividly to mind, as the factors of home life, community, low self-esteem, lack of aspiration and special educational needs were particularly strong in contributing to their educational experience.

Daniel Sobel writes that students spend only 15% of their time in school, and while teachers can make a significant impact in this time, you also have to consider the impact of parents, home life and economic context on attainment.   In fact learning starts from birth, and one interesting thing I read is that studies in the USA show that by the age of 4, even before they start school, children from professional backgrounds encounter over 30 million more words than children whose parents are on welfare.  Also there is the question of which language.  Now for almost 30 years I've worked outside of the UK with children from over 60 different countries and I'm very familiar with students who speak a different language at home from in school.  The issue seems to be compounded by low income.  I reflected on this in the light of my own children, who grew up in the Netherlands where the home language was Dutch.  When they went to an international school, where the language was English, I think initially it was a struggle. In fact all the way through primary school my daughter struggled with spelling in English as she had the "interference" from Dutch, but this did sort itself out in secondary school (but possibly because at this time we were living in Thailand and she didn't hear so much Dutch outside of school, so switched to doing everything in English).

Another issue I was reading about today was that of hunger.  This is something that I did encounter in students during the year-long miners' strike of 1984-5.  Almost every child I taught was the son or daughter of a miner, and these men were out of work for an entire year.  The families did get fed by the NUM if the miners went out and stood on picket lines, which I remember also being a challenge as I had to drive through these flying picket lines every day to get to the school in the mining town where I worked.  The impact of this uncertainty and lack of food, clothing and so on, on the education of these young people, cannot be overestimated.  I never thought I'd see such deprivation in the UK - it was a real eye-opener for me!

Now here's another thing that I relate to:  high mobility.  I feel I've been highly mobile myself and it's good to think about what impact this has had on my own children (a good one I would say - and they would agree).  However when people are forced to move, when it's not their choice, then clearly this can impact education.  I think this is especially true in my international school context.  Students come from so many different educational systems around the world, and we can never be sure just what they have already learned.  That's why we start every unit with a pre-assessment to that we can tap into prior knowledge.  Even so, I've still seen students that have had a sort of Swiss cheese kind of education, with gaps everywhere, as their parents have moved every 2 years because of being posted to different countries.  Alongside this I've seen students who have a smattering of a number of different languages, but this constant shifting has led to semi-lingualism rather than multilingualism, with some students having no real first language.

Constantly shifting can also lead to students experiencing a chaotic home life.  I've taught children who have lived in hotels for months, with little privacy or space to do homework.  I've also taught children whose mothers (mostly) have had to give up work as the main breadwinner has been relocated, and who have been resentful of the move and determined to find nothing right with the new location, which in turn impact the children's experience.  In my time on the Yorkshire coalfield, I worked with many families from Scotland and Durham who had been relocated after their pits closed.  Now they were facing a loss of jobs for a second time.  This anxiety was very prevalent in the community, especially among the teenage boys I taught who had spent their whole life thinking they would be going down the pit themselves.  Now they were facing long-term unemployment:  at the start of the strike there were around 170 working pits, but around 10 years later there were only 6.  The mine in the community where I worked was the last one in the UK to close; in 2015 deep coal mining finished in the UK.

Now obviously there was not much to do in a mining town, especially during the strike.  The town consisted of a huge council estate with extremely poor housing as it had been thrown up quickly when coal had been discovered locally, with another slightly better estate at the local power station which used the coal.  There were no cinemas, there was only one supermarket, and nothing of any cultural interest at all.  Some of the students joined the local scout troop, and there was also a boxing club (one of my students became a UK champion for his weight) and a swimming pool.  At school we ran the Duke of Edinburgh Scheme, which helped some of the students to widen their horizons as well, as many students did not even travel as far as the local market town.  When I told them I'd come from London they had big eyes - it seemed like an exotic place - yet it was only 3 hours away by train.  I remember meeting one student from my first year of teaching about 3 years later.  He told me he was working in a night club collecting and washing dirty glasses.  He was extremely proud of this job:  he told me he loved working in such a "posh" place!

So here we have it - a lack of vision and a lack of ambition.  We did take the students on trips - for example I remember taking a group to York to the Viking museum which was a real treat.  However for most of my students life was going to be down the pit, and for the girls, teenage pregnancy and continuing the cycle of impoverishment, with Friday and Saturday nights and the local Working Men's Club.

How to solve such a problem?  Well clearly there are things the school can do, but the biggest impact is going to be from employing top-quality teachers.  I decided to look into this a little more.  When I left university, teaching was quite a popular profession to go into.  How does it fare over 30 years later?  I looked at my own two children, now in their 20s and discovered that each of them has one friend who went into teaching straight from university.  In the case of my son, his friend became a science teacher with Teach First.  He was placed in a challenging school in an inner city area after just 5 weeks of training.  He lasted 2 years, and is now training to be a doctor.  One of my daughter's friends is also a teacher - she's working in Scotland teaching in a Gaelic school and apparently she loves it (though this does seem a bit of a niche market and possibly parents who choose to send their children to the school are involved and motivated in this type of education).  Looking at the colleagues I started teaching with there are still a couple of them working as teachers, though many left because of the stress, paperwork,  and challenging students combined with lack of support from school leaders.   We must do more to support good teachers to stay!  As Daniel Sobel points out, poor teaching (and I would add here combined with a lack of support - personally I think it's crazy to think you can learn to be a good teacher in just 5 weeks!)  leads to poor student behaviour which then leads to less motivated teachers.

So a fascinating trip down memory lane for me today - and looking forward to reading more about the attainment gap tomorrow.

Photo Credit: tom_focus Flickr via Compfight cc
Posted by Maggie Hos-McGrane at 11:43 AM

Email ThisBlogThis!Share to TwitterShare to FacebookShare to Pinterest
Labels: Inclusion